During World Space Week 2014, the Space Foundation presented its Audience With an Astronaut™ program to more than 2,000 students remotely worldwide and to more than 500 students in person in Colorado Springs, Colorado.

The featured NASA astronaut in these presentations was Dr. Leroy Chiao, the Space Foundation’s special advisor – human spaceflight. Chiao is a former Space Shuttle astronaut and resident of the International Space Station.

Most of the presentations were conducted via GlobalCasts, using the Space Foundation’s Science On a Sphere® at its World Headquarters in Colorado Springs to illustrate Chiao’s presentations to students in six U.S. states — Alaska, California, Colorado, Idaho, Illinois and New York — and with two schools in Pune, India.

Also during World Space Week, Space Foundation Chief Executive Officer Elliot Pulham was in London speaking at The Strategic Choices for Space – President’s Conference 2014. While there, he also gave a presentation at the World Space Week Children’s Space Event at Royal Aeronautical Society Headquarters. Pulham’s presentation included a Skype version of Audience With an Astronaut with Dr. Chiao speaking to the children from his hometown of Houston, Texas. 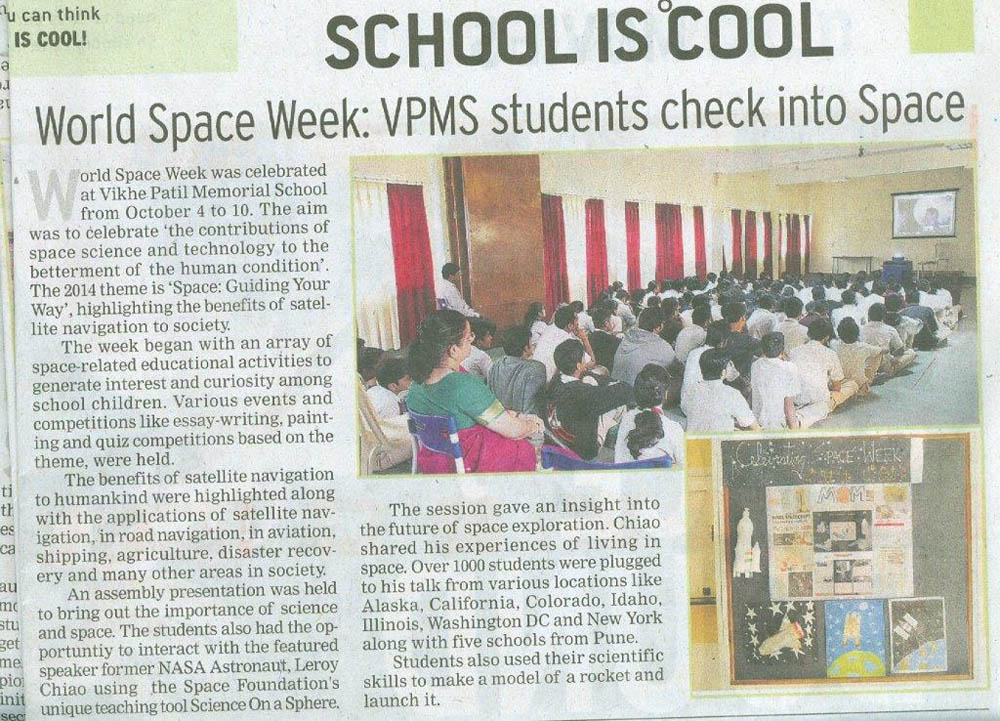