The European Space Agency (ESA) is preparing its Rosetta spacecraft and lander for a history-making landing on Nov. 12 to comet 67P/Churyumov-Gerasimenko. The spacecraft is named after the Rosetta Stone that allowed the deciphering of hieroglyphics and insight into ancient Egyptian civilization. 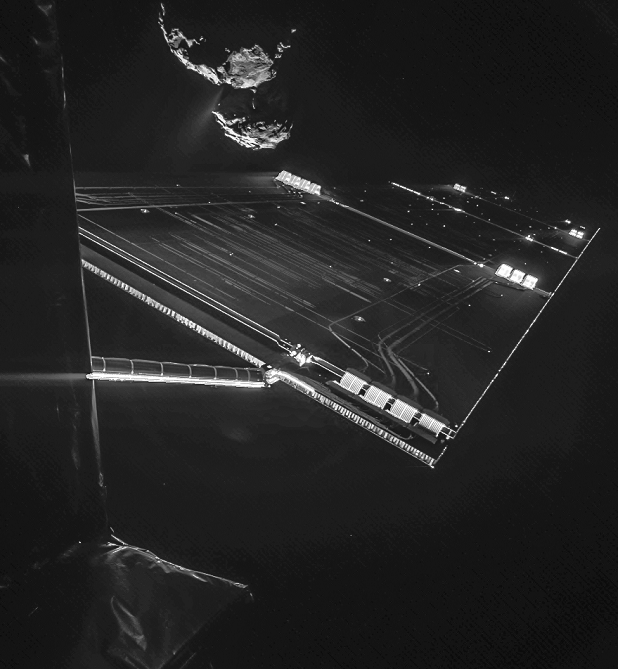 In March 2004, ESA’s Rosetta probe was launched out of the space center in Kourou, French Guiana, aboard an Ariane 5 launch vehicle. The Rosetta mission was led by ESA, with major contributions from the German space agency (DLR), the French space agency (CNES) and the Italian space agency (ASI). NASA contributed three important instruments, as well.

Now, after surveying the surface for several months, Rosetta will send a separate robotic lander to the surface. Called Philae for an island which had an obelisk with inscriptions that assisted researchers in deciphering the Rosetta Stone, it will travel to the surface and anchor itself there. Philae’s instruments then will take close-up readings of a variety of phenomena and beam its data back up to mothership Rosetta. Rosetta will then relay the information back to researchers on Earth.

Sources at ESA, state that Rosetta is poised to unlock the mysteries of the oldest building blocks of our solar system – comets. It is hoped that Rosetta’s findings will help scientists back on Earth uncover some of the mysteries about how our own solar system was formed. It is expected that the elements that make up Comet 67P/Churyumov-Gerasimenko, a comet approximately 4-kilometers in diameter, will enable us to look back 4.6 billion years to the very earliest beginnings of our solar system.