Headquartered in Paris, the European Space Agency (ESA) is “Europe’s gateway to space.”  An international organization consisting of 22 Member States, ESA’s mission is to shape the development of Europe’s space capability and ensure that investment in space continues to deliver benefits to the citizens of Europe and the world. 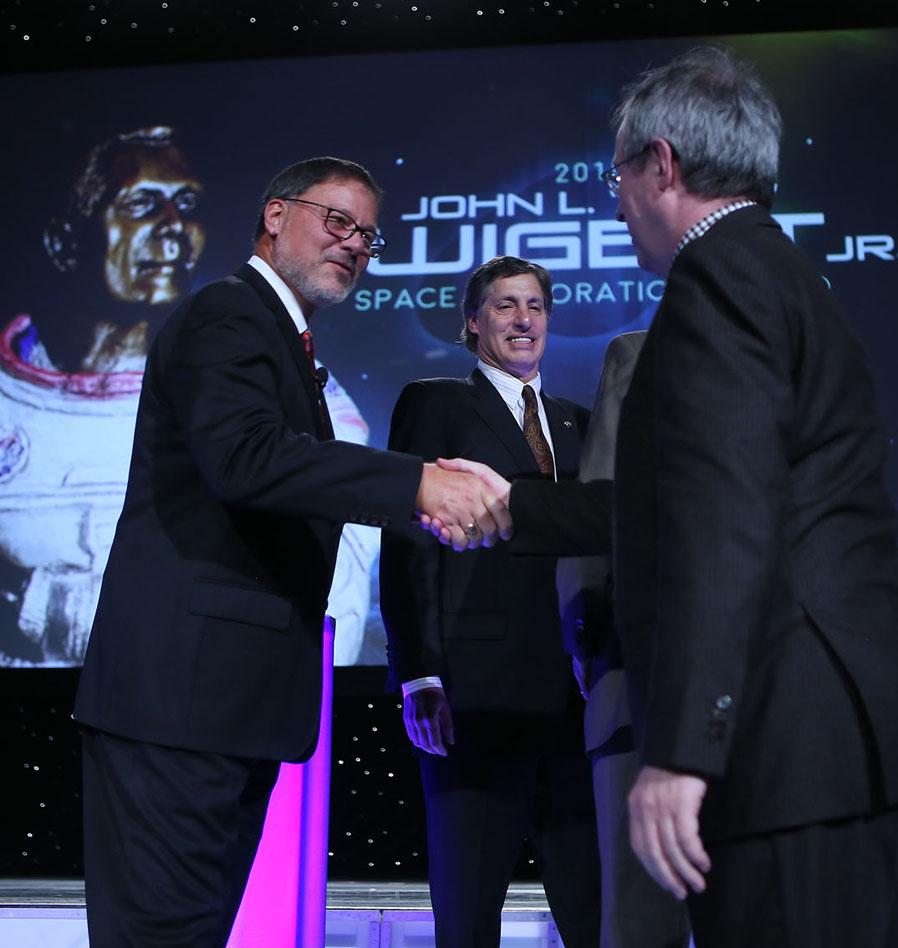 During 2014, the remarkable success of the Rosetta Comet Mission, led by ESA, fascinated followers around the world. In recognition of that astonishing accomplishment, the Space Foundation presented the Rosetta Comet Exploration Team with the 2015 John L. “Jack” Swigert, Jr., Award for Space Exploration at the 31st Space Symposium.

Rosetta is just one of several missions currently led by ESA. Other missions involve mapping stars in 3D, such as Gaia, while others, such as Swarm, are mapping the Earth’s magnetic field. Exomars, set to launch in 2016, is equipped with a lander and rover and is designed to orbit Mars.

Learn more about ESA and its many missions by visiting www.esa.int/ESA.