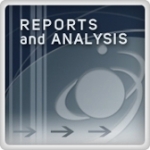 The Space Foundation has prepared an overview of the FY 2013 NASA budget, which compares the proposed funding rates for the agency’s programs versus the final FY 2012 spending bill Congress sent to the president and he signed. The new report includes charts showing differences in not only the dollar amount but the percentage difference as well.

As Congress proceeds through the annual budget process, the Space Foundation will update this report and highlight differences between the administration’s budget request and proposed Congressional appropriations bills.

Read this and other Space Foundation reports here.