The board of directors of the Space Foundation held its annual meeting in January, officially welcoming two new board members and recognizing one board member retirement.

The board of directors elected two new members to three-year terms:

Officers continuing in service  (pictured, below, left to right) are: 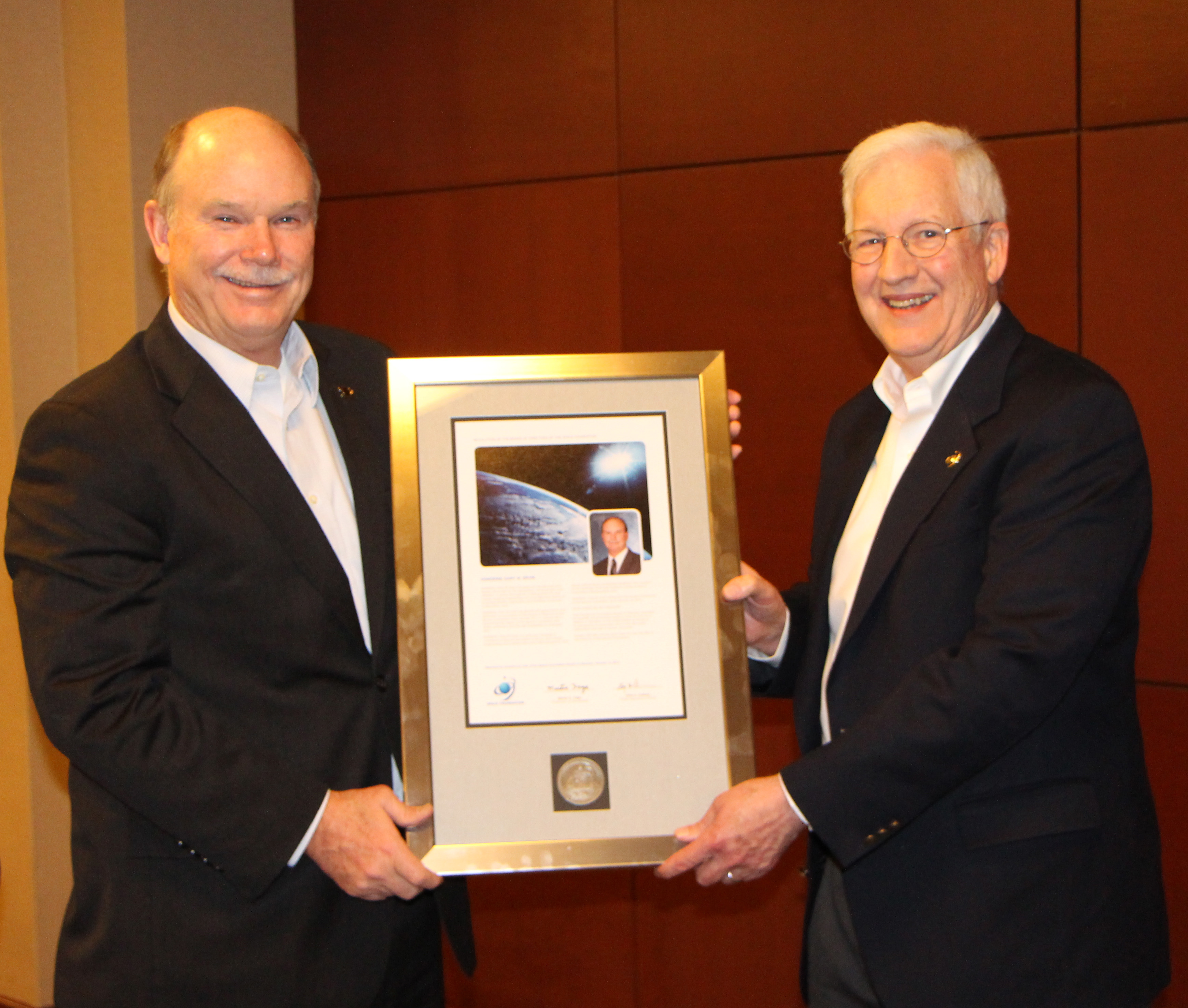 Retiring from the board and named life director:

At the annual meeting, Ervin was presented with a formal resolution celebrating his service and naming him a life director of the Space Foundation. He is pictured, right, accepting his resolution from Board Chairman Marty Faga, far right.