The Space Technology Hall of Fame, which is celebrating its 25th year, recognizes technologies originally developed for - or dramatically improved by - space applications that now improve life on Earth. The new inductees are:

The Private Induction Ceremony, an exclusive event co-sponsored by Intelsat, was held the afternoon of April 11, preceding the reception and dinner. It provided a forum for the formal induction of the organizations and individuals responsible for developing the technologies and adapting them for commercial use.

Wyle Laboratories received a Commendation Award for contributions to technology training of astronauts on the International Space Station (ISS).

To see photos of the Private Induction Ceremony, click here. 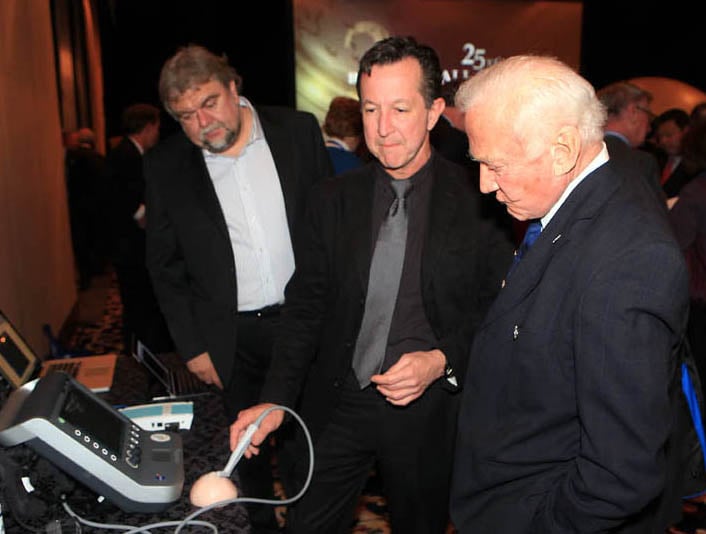 The Space Technology Hall of Fame reception, co-sponsored by Inmarsat, was of special interest this year becuase for the first time it featured physical displays of the inducted technologies for guests to view as they networked. 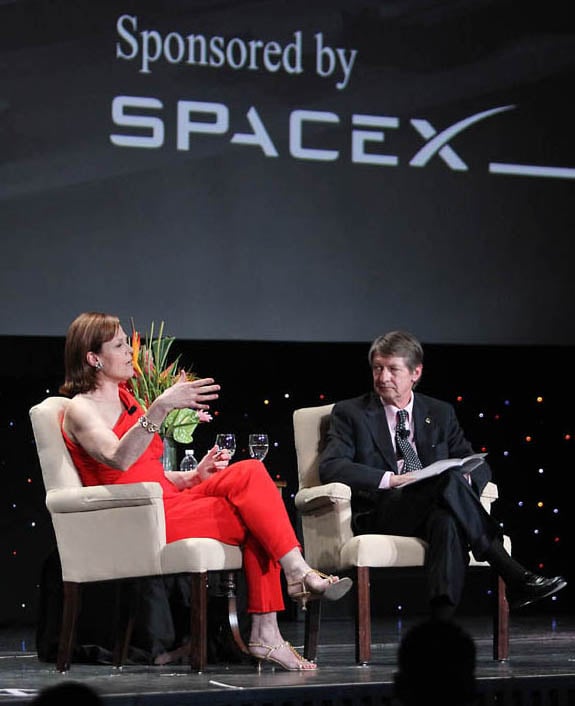 The Space Technology Hall of Fame dinner, co-sponsored by SpaceX, was the final formal event of the Space Symposium.

The entertainment for the evening was a "fireside chat" featuring actor Sigourney Weaver and author, satirist and Space Foundation Board Member P.J. O'Rourke. They discussed Weaver's career and her interest in the environment, science and education.

See a video of the event here. To see photos, click here.