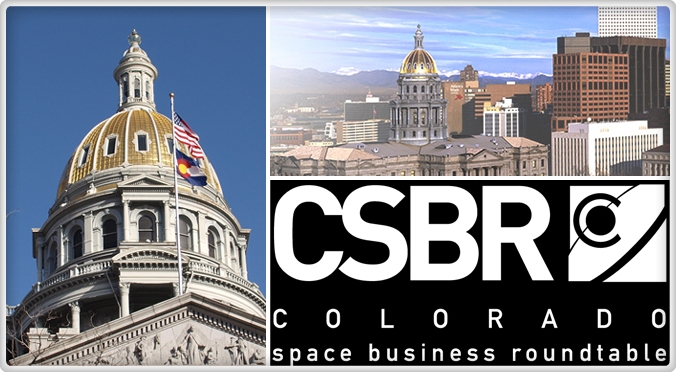 The event was attended by representatives of the Space Foundation and by executives from the state’s major aerospace companies. Colorado ranks number one per-capita in aerospace employment, with 170,000 aerospace jobs.

Senate Joint Resolution 20 was sponsored by Sen. Nancy Todd (D-Aurora) and calls on the federal government to:

…take action to preserve and enhance United States’ leadership in space, to spur aerospace innovation, and to ensure our continued national and economic security by preserving and increasing funding for space exploration and activities, including regaining the ability of the United States to deliver persons and cargo to space by 2015 and committing to sending persons to destinations such as the moon, Lagrange points, asteroids, and Mars within this decade or as soon as technologically possible…