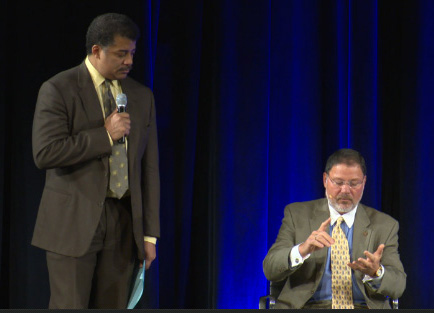 On March 19, Space Foundation Chief Executive Officer Elliot Pulham participated in a panel discussion at the American Museum of Natural History in New York for the 2014 Isaac Asimov Memorial Debate.

The panel discussed such subjects as private spaceflight, the cost of launches, Russian spacecraft, the risk of continued human spaceflight and the possibility of property rights in space.

“There’s a shift from traditional white males,” said Pulham, noting female heads of Space X and United Space Alliance. “I’m seeing much more diversity being valued and coming up through the ranks, and a screaming cry for talent. We’re doing such a poor job in this country to inspire the next generation.”

See coverage of the debate here.

See more about the debate on the Museum’s website at www.amnh.org/2014-isaac-asimov-memorial-debate.