One of the main reasons to attend the Space Foundation’s 30th Space Symposium is the dynamic Boeing Exhibit Center. 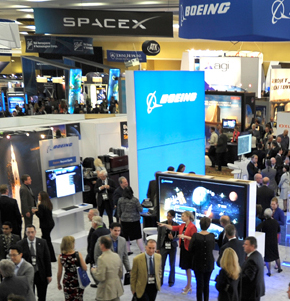 In addition to exhibits, the Pavilion also houses the display of winning artwork from the Space Foundation’s 2014 International Student Art Contest. More than 7,100 entries were received this year, representing 54 countries, including 43 U.S. states and two U.S. territories.

The student winners and their families have been invited to a special reception in the Pavilion on Wednesday, May 21. At the reception, they will see their artwork displayed, and get autographs and photos with former NASA astronaut Dr. Leroy Chiao. 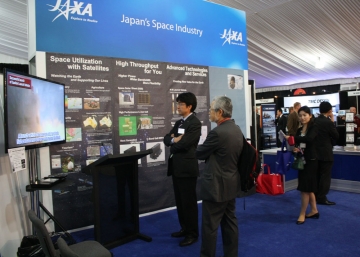 The Boeing Exhibit Center is not open to the general public.

See the complete list of exhibitors and a map of the exhibits here.

The thousands of people who tour the exhibits each year include C-level industry executives, senior decision makers and government officials.