One way to excite children about a future in space is to ask them to create their vision of space. The 2017 Space Foundation International Student Art Contest is doing just that by inviting children around the world to create art based on the theme “Space Through My Eyes…” 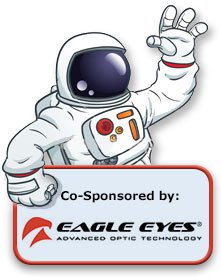 The 2017 contest began accepting artwork in mid-August and to date has received more than 300 submissions from 23 countries. Most of the entries are received during the two weeks prior to the deadline, so there is still time to enter for 2017.

“Each year I am so inspired by the creativity and talent of participating student artists,” said Nancy Reed, Space Foundation Director – Marketing, who founded the art contest. “I invite everyone to take some time to enjoy this year’s entries, featured on the contest home page, which is continually updated as entries are submitted. Just visit art.spacefoundation.org.”

The contest has received wide recognition in the media, and twice was featured in Japan’s Terraheart program, when a DVD loaded with images of the winning artwork was sent to the International Space Station. Two images of winning artwork were bounced off the Moon as part of the OPTICKS project, managed by Astronomers Without Borders, located in Holland, using a radio telescope.