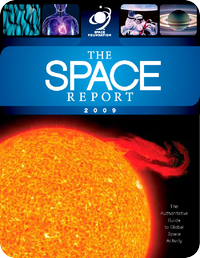 According to The Space Report 2009: The Authoritative Guide to Global Space Activity, America’s space industry is widely dispersed, with 40 states and the District of Columbia reporting employment in at least one of the six core space industry segments.

Space industry wages were highest in Washington, D.C., with an annual average of $113,738, compared with a private sector average wage of $69,114 per year. The state with the highest average annual space industry wage was Maryland at $105,036, and second was Colorado at $104,438. Wages in those two states were more than 125 percent higher than their states’ private sector wages, which were in the mid-$40,000s.

According to The Space Report, several aerospace firms in the Denver area, including United Launch Alliance in Centennial, were major drivers in the state’s high-wage employment.

An expert in all aspects of the global space industry, the Space Foundation publishes The Space Report 2009: The Authoritative Guide to Global Space Activity. Purchase your own copy, CD, or e-book at http://thespacereport.org/overview.php.