Space Foundation Certified Imagination Products are those that increase public interest in, and excitement for, space and inspire new generations to take an active interest in space. They cover the spectrum from beer maps to books about space to Santa tracking, and at this time of year the focus is on NORAD Tracks Santa. This annual holiday tradition is a Certified Imagination Product in the Space Foundation’s Space Certification program, and typically Space Foundation team members help staff the phones on Christmas Eve as children call in with questions about Santa Claus. 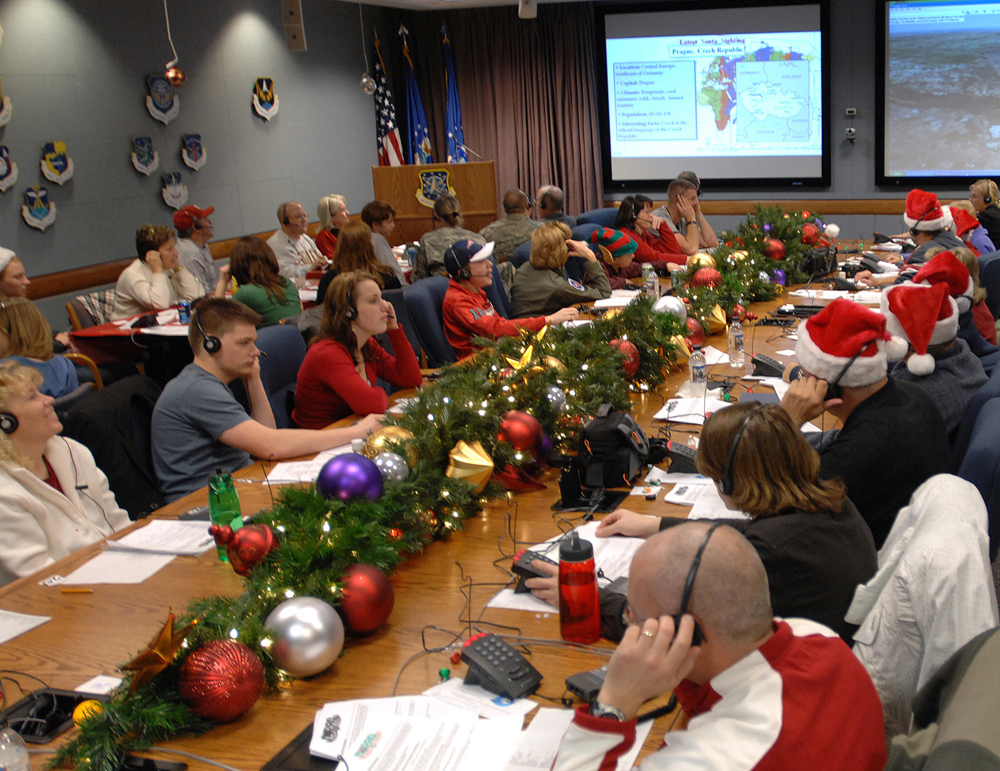 About NORAD Tracks Santa
The North American Aerospace Defense Command (NORAD) is based in Colorado Springs, Colo., and is a United States and Canada bi-national organization charged with the missions of aerospace warning and aerospace control for North America.

For more than 50 years, NORAD and its predecessor, the Continental Air Defense Command (CONAD), have tracked Santa along his yuletide journey. And, since 2007, NORAD Tracks Santa has been a Space Foundation Certified Imagination Partner.

It began in 1955 on Christmas Eve after a Sears Roebuck & Co. advertisement urged children to call Santa direct – only the number was misprinted. Instead of reaching Santa, the phone rang through to the CONAD Commander-in-Chief’s operations “hotline” phone. After receiving a number of calls from kids asking where Santa was and realizing what had happened, the CONAD staff decided to update children with Santa’s location according to their radar screens throughout the evening.

About Space Certification
Space Certification products and services are guaranteed to effectively promote the value of space utilization or to have stemmed from or been improved by technologies developed for space exploration Administered by the Space Foundation, the world’s foremost advocate for space, the program comprises three categories: Certified Technology Products, Certified Educational Products and Certified Imagination Products. It provides a marketing edge for partners, demonstrates how space technologies improve life on Earth and makes space more accessible to everyone. For more information about Space Certification click here.