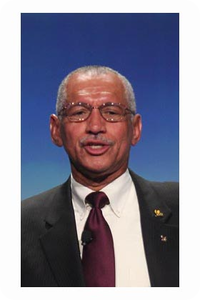 The House Science, Space and Technology Committee held a hearing on July 12 entitled “A Review of NASA’s Space Launch System.” The hearing was originally called to review NASA’s final selection of its Space Launch System (SLS) design, but NASA had not yet selected a final SLS design at the time of the hearing. Rep. Ralph Hall (R-TX), chairman of the committee, said the fact that NASA did not have a final decision on the SLS was an “insult to Congress.” Rep. Eddie Bernice Johnson (D-TX), ranking member of the committee, added it was “now past time for a decision and a plan to be announced.”

Administrator Charles Bolden said he understood the congressional angst over the slow decision process, but noted he wanted to make sure NASA got this decision right. Details of Bolden’s update on the SLS program follow: