China is Topic of Hearing 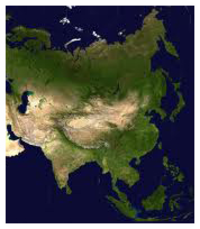 The House Foreign Affairs Subcommittee on Oversight and Investigation held a hearing on Nov. 2 on Efforts to Transfer America’s Leading Edge Science to China. Subcommittee Chairman Rep. Dana Rohrabacher, R-Calif., warned against U.S. engagement with China on matters of technology. Ranking Member of the Subcommittee Rep. Russ Carnahan, D-Mo., expressed a different view, saying that the United States receives great economic benefits as a result of its relationship with China and that the United States should engage China in order to reform areas of disagreement.

Witnesses at the hearing included:

Bolden said that the U.S. leadership in space is bolstered by international collaborations, noting that NASA currently works with 120 different nations and remains hopeful that “transparent and reciprocal” dialog can take place with China in the future.