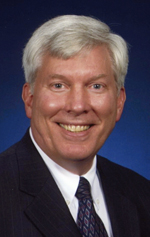 The House Science, Space & Technology Subcommittee on Space and Aeronautics held a hearing in June on “An Examination of Future Commercial Launch Markets & FAA’s Launch Indemnification Program.” The Federal Aviation Administration’s (FAA) launch indemnification program was created in the 1980s to provide a structured risk-sharing regime to address third-party liability to protect the uninvolved public and property. The program has been renewed five times over the past 24 years.

At the end of 2012, the FAA’s launch indemnification authority will again expire and Congress will need to renew it. FAA Associate Administrator of Commercial Space Transportation (AST) Dr. George Nield (pictured, left) told the committee that a five-year extension of the indemnification program would provide an environment favorable to industry growth amid highly competitive foreign launch service providers. Members of the space industry testifying before the committee agreed that the program needed to be extended, but preferred Congress to eliminate the sunset provision of the act, or at least extend it for a much longer period than in the prior renewals.

On June 19, the House Appropriations Committee approved the fiscal year 2013 Transportation, Housing and Urban Development funding bill. The legislation includes funding for the FAA’s Office of Commercial Space Transportation (AST). The House bill would appropriate $16.7 million for AST to fully fund the President’s request in FY 2013. The Committee Report notes that the “commercial space transportation industry is nearly certain to increase its activities providing orbital and suborbital services,” which “will require the FAA to provide a significantly greater number of permits and licenses.”

Furthermore, the Committee “wishes to ensure that the FAA has the ability to provide these permits and licenses effectively and efficiently so that the U.S. can emerge as the world leader in space transport.” Therefore, the Committee “will encourage a reprogramming of funds to the Office of Commercial Space Transportation above the levels provided, if necessary to keep pace with this growing industry.”

Also in June, the FAA and NASA signed a memorandum of understanding (MOU) that lays out an agreement regarding how the two agencies will coordinate standards for commercial space travel of government and non-government astronauts to and from low-Earth orbit (LEO) and the International Space Station (ISS).

In particular, commercial providers will be required to obtain a license from the FAA for public safety, while crew safety and mission assurance will remain NASA’s responsibility.