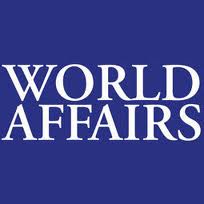 This Second View is by Space Foundation Research Analyst G. Ryan Faith, based in Washington, D.C.

“Americans tend to think of space exploration in terms of science, not strategy or war, but other nations don’t always make that distinction – and the laws guiding militaries in space are sorely outdated.”

This is the viewpoint expressed by Space Foundation Research Analyst G. Ryan Faith in an article entitled The Future of Space: Trouble on the Final Frontier, published in the October/November issues of World Affairs. The article explores the relevancy of the United Nations Outer Space Treaty.

“Many of the legal structures that govern space today were put in place to forestall damaging escalation of Cold War military competition into a new arena. But policymakers now face the possibility of exploring space in a different way – as a realm for the full spectrum of human activity, including everything from property rights to deterrence structures,” said Faith.

“The question now facing them is whether the physics and economics of doing things in space will make the new regime self-correcting or in need of greater regulation. In either case, perhaps it is now time to see what parts of the Outer Space Treaty are themselves Cold War relics that ought to be jettisoned.”

The full article can be found here.