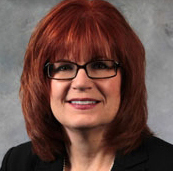 Space Foundation Vice President – Marketing and Communications Janet Stevens will moderate a panel of astronauts on Saturday, Jan. 12, at 2:00 p.m. The presentation is part of the Pioneers Museum’s To the Moon: Snoopy Soars with NASA exhibit. This event is free and open to the public but registration is requested. Click here for more information on how to register.

The astronaut panel will include:

The Space Foundation is partnering with the Museum to support the special traveling exhibit from the Charles M. Schulz Museum, which examines the history of Apollo 10 and the role characters from Schulz’s popular Peanuts comic strip played in that flight and in the NASA Manned Flight Awareness safety program. The Space Foundation is supporting the exhibit by providing space spin-off products for display, graphics, an exhibit model, guest lecturers, promotional support and children’s interactive activities.

About the Pioneers Museum

The Pioneers Museum of Colorado Springs, located in the former El Paso County Courthouse (1903), portrays the history and culture of the Pikes Peak Region in exhibits emphasizing the unique character of this uncommon Front Range community. As the focal point of the City’s lovely downtown, the Colorado Springs Pioneers Museum draws thousands of people to the area annually. Centered in one of two primary downtown parks, this elegant and historic structure is surrounded by inviting green lawns, colorful flowers, outdoor sculptures and a splendid granite fountain.