A number of oversight hearings affecting space and cyberspace were held during March in Washington, D.C. The following is an overview of those hearings:

Testimony at the hearing indicated that the U.S. is continuing to transition from today’s conflicts to a more hybrid threat environment, which will demand more flexible and innovative approaches. One of the hybrid threats that has caused growing concern in Congress and the White House is the cyber threat. Gen. Keith Alexander, USA, commander, U.S. Cyber Command, outlined the progress made by U.S. Cyber Command to combat the threat and noted three teams being constructed to perform the missions given to U.S. Cyber Command. Gen. C. Robert Kehler, USAF, commander, U.S. Strategic Command, stated that one of his most immediate concerns with regard to sequestration on U.S. Strategic Command would be its impact on its civilians, which makes up a large portion of the Command’s workforce.

According to testimony at the hearing, the Department of Homeland Security (DHS) had made “great progress” in the area of cybersecurity, but still had further improvements to make, including in the areas of legal barriers, regulatory uncertainty and resources. Further, the Committee’s leadership indicated its interest in codifying designated roles for all the key agencies involved in protecting the U.S. against cyber threats. 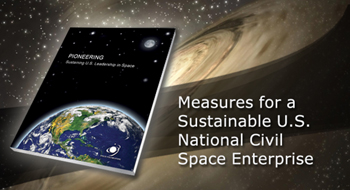 “Threats from Space: A Review of U.S. Government Efforts to Track and Mitigate Asteroids and Meteors, Part 1” March 19

Testimony indicated that, while the U.S. has made improvements in its ability to track and characterize asteroids, meteors, comets and meteorites, it still has a long way to go in the field, especially in tracking the smaller sized objects. NASA Administrator Charles Bolden noted that under the projected budget for NASA, it would take NASA until 2030 to detect 90 percent of the smaller, 140 meter class near-Earth objects (NEOs).

Senate Commerce, Science, and Transportation Subcommittee on Science and Space

“Assessing the Risks, Impacts, and Solutions for Space Threats” March 20

Witnesses said that threats from space go beyond near-Earth objects (NEOs) to include orbital debris, geomagnetic storms, radiofrequency interference and a lack of awareness by the public about how important space assets are to the function of modern society. 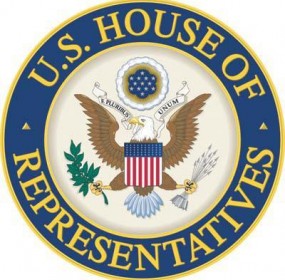 Testimony made at the hearing indicated that the U.S. Government has become increasingly willing to openly discuss the cyber threats and attacks posed by other nation states. In addition, in the recent Annual Threat Assessment compiled by the U.S. Intelligence Community, it named cyber as the top threat to U.S. national security, jumping ahead of terrorism.