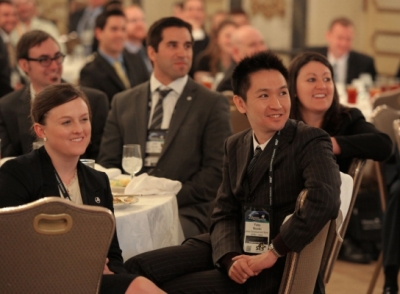 Workshops, luncheons and presentations help New Generation participants understand critical space issues, such as how policy and budgets are developed. Multiple networking events bring young professionals together with senior leaders in an informal environment. Plus, the daily Space Symposium master moderators are selected from the New Generation ranks. 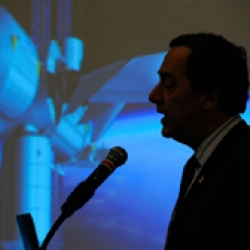 At this year’s Space Symposium, the New Generation Leadership Perspectives Luncheon on April 11, co-sponsored by Astrium, featured an inspirational speech by Mark Sirangelo (pictured right), corporate vice president, Sierra Nevada Corporation Space Systems, who talked about how space has made the impossible possible.

“People tell you things are never possible and then you make them possible,’ he said. “When we started Dream Chaser (Sierra Nevada’s new space vehicle) and told people we were going to replace the Space Shuttle, we were told we were crazy.”

He talked about the impact of innovations such as Dream Chaser. “In the history of space travel, less than 600 people have traveled to space; new technologies are going to change that.”

For example, he said, because Dream Chaser can land at any airport, “More people can share in the passion (for space).” 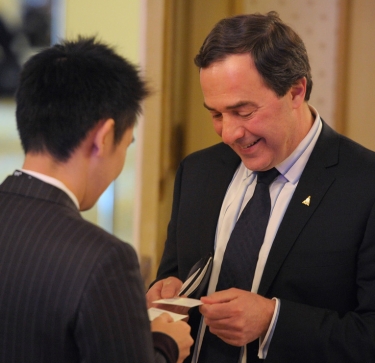 Among the advice Sirangelo shared with the audience was:

See photos of the luncheon here.