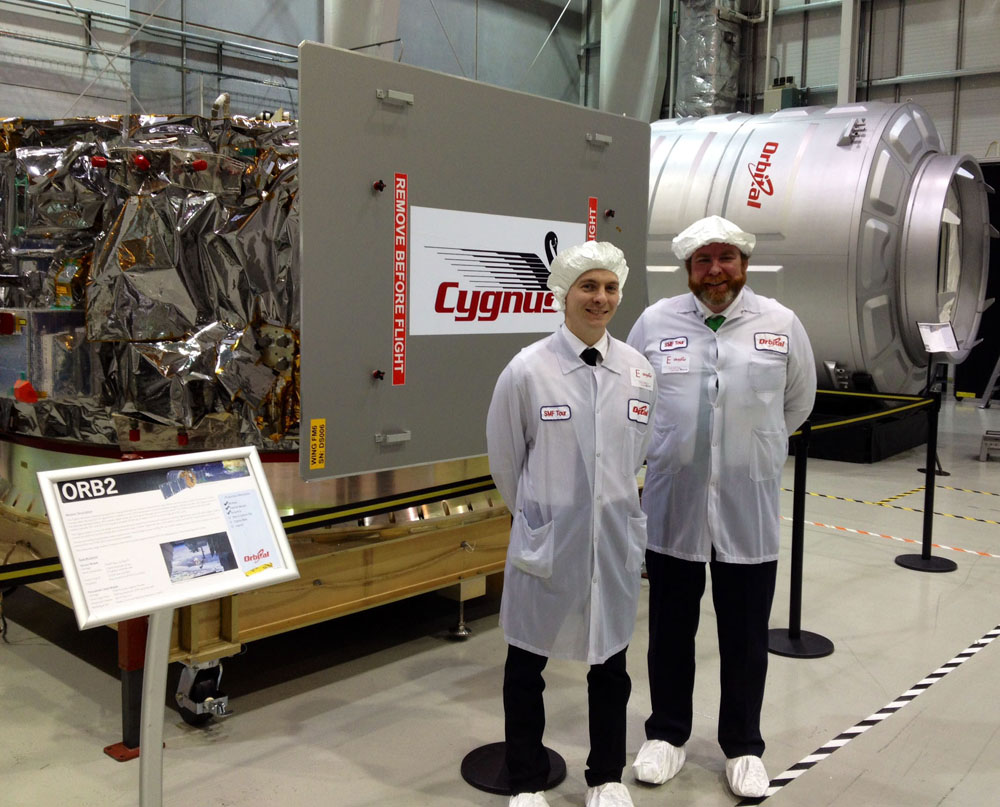 In February, a team from the Space Foundation’s Washington, D.C., office visited Orbital Sciences Corporation in Dulles, Va., and toured the mission control centers, as well as the spacecraft manufacturing facilities.

It is at this location that the company’s spacecraft are designed, built and tested, including civilian, commercial and national security spacecraft.

The tour included a number of mission controls rooms, including one dedicated to Orbital’s Cygnus spacecraft, which supplies critical cargo to the International Space Station (ISS). The Space Foundation team also watched work on several Cygnus vehicles that are destined for future missions to the ISS.

Pictured: Space Foundation Government Affairs Associate Tommy Sandford (left) and Vice President – Washington Operations Brendan Curry with the next Cygnus, under construction and to be launched in May 2014