Innovation is the Key to Inspiring Tomorrow's Explorers 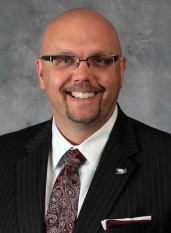 Last month, I was extremely honored to be the recipient of the prestigious Frank J. Malina Astronautics Medal. This international award, given out each year by the International Astronautical Federation, is presented to outstanding educators who have demonstrated excellence in promoting the study of astronautics and related space sciences. At the conference, I was asked to give my thoughts on global aerospace education and what we, as a global community, need to do to be able to explore the cosmos.

Charles Darwin said, “It is not the strongest of the species that survives, nor the most intelligent; but the one most responsive to change.” In other words, “Innovate or die!” I have that sign hanging on the wall in my office where my team and I meet. It has become our mantra to continually find better ways in which to reach students.

Innovation is the hottest new buzz word in business. If you look at Fortune 500 companies, the medical industry or many technology companies the hot new job position that these companies are creating is something such as “Chief Innovation Officer” or “Director of Innovation.”

So, what do these people do? To stay ahead of the competition, companies must be innovative and continually improve their products. They look for new ways of doing things. Therefore, the people in these positions must find ways in which their company can improve on what they provide customers. How can they operate in unexpected ways? Do the employees have a platform in which to share ideas?

In business, if you don’t innovate you lose your customers. Think of technology today. What if companies such as Apple, Microsoft or Samsung didn’t continue to update their products and come up with new and innovative smart phones, computers or TV’s? If you were a committed Apple user, how long would you keep buying their products if they stopped being innovative. But, then again, after the release of iOS8 maybe Apple is rethinking about being too innovative. However, those things do happen. If you are on the cutting edge of a given field there will be problems to overcome along the way. You have to adapt, change and improve.

Business is like running on a treadmill. What happens when you stop? You fly off the back. So, in business you’re either going forward, or you’re going backwards. There is no staying where you are, because everything else is moving forward. The same is true, or needs to be true, in education. 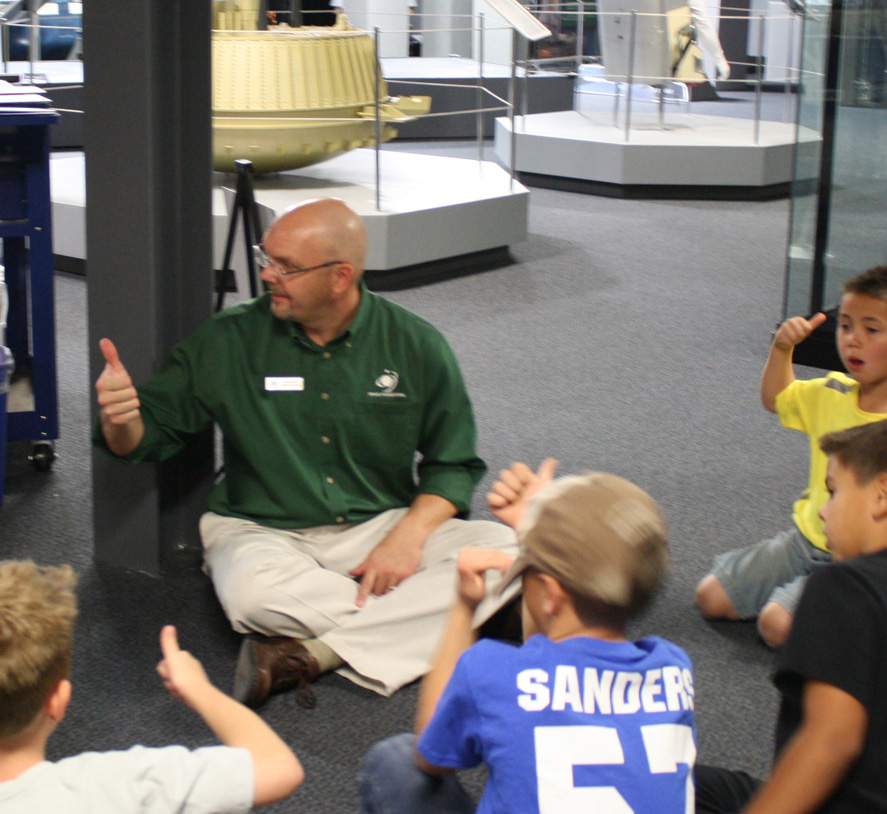 I was recently talking to a friend of mine from Russia who is a principal at a local school in Colorado Springs, Colorado, and we were talking about the concept of innovation in education and comparing it to business. He remarked that education, like business, must continue to innovate or we will lose our customers. Who are our customers? Our students.

Try this with your students. Tell them to grab their smart phones or go to a computer and ask them a fact based question to see how long it takes them to find the answer. Six seconds? Eight seconds? I’m not saying that students don’t need to memorize information, anymore; but they don’t need to memorize as much because the answer is at their fingertips. Albert Einstein was quoted as saying something to the effect, “I never commit to memory anything that can easily be looked up in a book. I need to keep my brain free to think.” Students no longer care about the Who, What, When or Where. It’s not that they aren’t important. It’s just that the information is so easy to obtain. They want to know the How. As educators, we can then ask students the Why. Why do you think they chose to do it this way? Why do you think they chose to settle here?

When I came to the Space Foundation eight years ago, I saw an organization that had the same goals that I did and believed in how STEM education or science, technology, engineering and math education should be taught. Learning at all levels needs to be hands-on, engaging, relevant to real life, and most importantly, it needs to be fun. People learn best when they are having fun. This principle has guided everything we do at the Space Foundation. 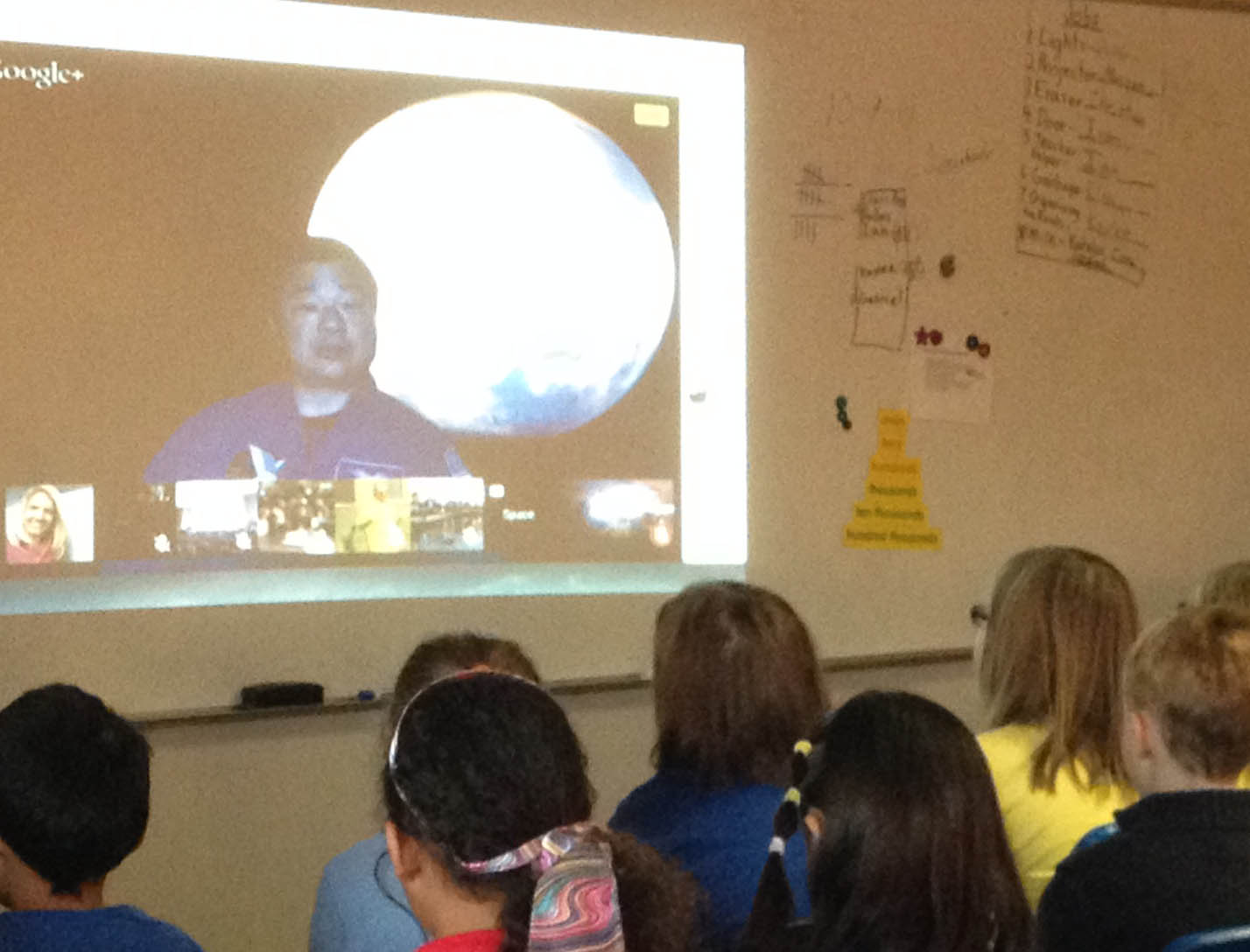 To that end, the Space Foundation has been innovative in our education outreach programs in order to inspire tomorrow’s explorers. Most of those innovative programs are centered on our three labs: Science On a Sphere® (SOS), the Mars Robotics Laboratory and the AGI Space Missions Simulator. Our GlobalCast program (pictured) has allowed us to reach students around the world using SOS. Using Google Hangouts and Hangouts on Air, we can project SOS into classrooms around the world.

The GlobalCast lesson is taught by either one of the educators at the Space Foundation, or we have had the opportunity to feature guest presenters. To date, we have done presentations with Dr. Neil deGrasse Tyson, Director of the Hayden Planetarium in New York and host of the TV show Cosmos; Dr. Alan Stern, the Principal Investigator for the New Horizons mission to Pluto; members of the science and education teams from the Global Precipitation Measurement mission; and former NASA astronaut Dr. Leroy Chiao. We have reached thousands of students and teachers in places such as Pune, India, and Space Studio Banbury in Banbury, England, as well as dozens of classrooms across the United States. 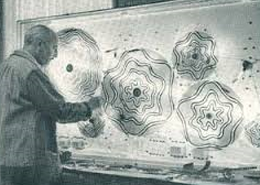 It was during his time at Caltech that Frank Malina, for whom my recent award was named, and five associates started their innovative work on rockets and rocket motors. Their experiments became so dangerous they were known as the “Suicide Squad” and were forced to move off campus. That site would eventually become the Jet Propulsion Laboratory. I like to think that my team and I embody the spirit of Mr. Malina. He was an innovator and a pioneer. He pushed the boundaries of what everyone thought was possible. He was able to do that, I believe, because not only did he have a scientific side of his brain, but he also had an artistic side which he proved later in life by becoming a renowned artist (pictured). That artistic side of his brain allowed him to be creative in his problem-solving and allowed him to think beyond convention to what was truly possible.

Like Frank Malina, the Space Foundation education team not only focuses on STEM, we incorporate into our programs as much art and humanities as possible. In fact, our teacher professional development courses are called, “Space Across the Curriculum.” In addition, we are constantly finding new ways in which to incorporate the arts into our lessons and programs.

For as much as we have accomplished, however, there is one thing we have realized that needs to change. Schools can no longer be innovative in their approaches to education, alone. If we want to make a real difference in education, those that have a vested interest in the future of space exploration need to find ways to collaborate. This is an area in which the Space Foundation is working very hard.

The future of education needs to be a three point support system with: schools at one point, organizations like the Space Foundation that can connect those schools to industry partners at another; and finally, companies that are willing to invest resources in schools that share the same vision and interests as those schools.

Imagine having students working for several years with a company’s technology, and what innovations might arise from those experiences. Or, having schools from different countries working together to put a student experiment into space or even on the Moon. That is being relevant to real life, and that is innovating education.

Education, like business, is on a treadmill. We can’t stay where we are, or we will fly off the back. We must find creative and engaging ways in which to convey information to the students of today. We must continue to keep moving forward and innovating education. If we don’t, we will lose our customers.