February has been a busy month in the District of Columbia! Here is a summary of those activities:

On Feb. 2, President Obama released his Fiscal Year 2016 budget request. For your convenience, Space Foundation staff has culled together the relevant space budget numbers for the National Aeronautics and Space Administration (NASA), National Oceanic and Atmospheric Administration (NOAA), and the Department of Defense (DoD). These documents will be updated throughout the year in a timely fashion as the Congressional budget process proceeds.

On Feb. 4, Space Foundation CEO Elliot Pulham addressed the FAA Commercial Space Transportation Conference in Washington, D.C. Painting a positive view of the future of the commercial space industry, Pulham said that he expects 1,155 satellites to be built and launched in the next decade.

On Feb. 11, Brendan Curry, Vice President – Washington Operations, and I joined other space professionals who attended a viewing event at the Embassy of Italy for the launch and successful test flight of ESA’s IXV (Intermediate eXperimental Vehicle) spaceplane.

On Feb. 12, the House of Representatives Committee on Science, Space, and Technology Subcommittee on Environment and Subcommittee on Oversight held a joint hearing, entitled “Bridging the Gap: America’s Weather Satellites and Weather Forecasting.” The hearing focused on a recent GAO report concerning a likely-looming gap in polar satellite coverage and data from the Joint Polar Satellite System (JPSS) and the Geostationary Operational Environmental Satellite System (GOES). 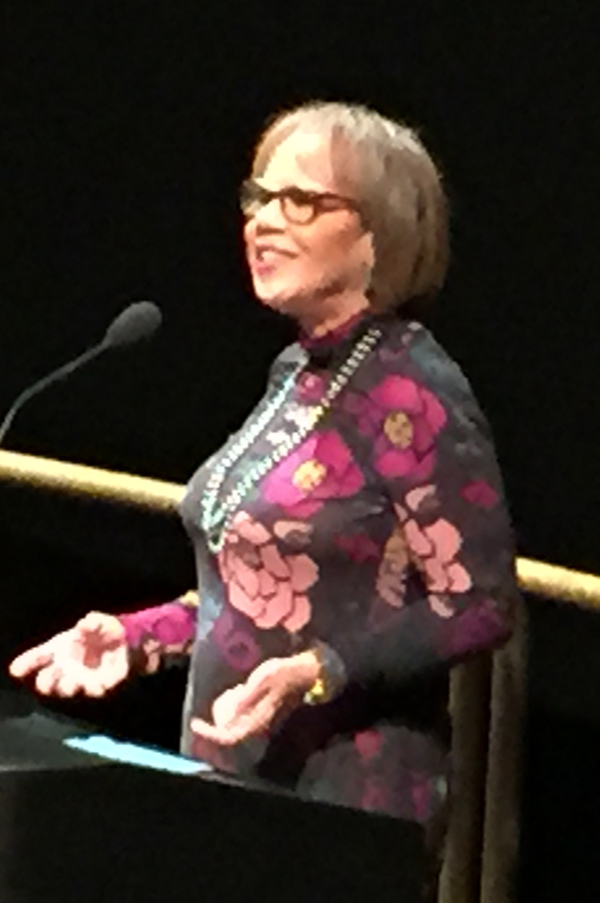 Also on Feb. 24, the National Air and Space Museum hosted an advanced screening of the new IMAX film, Journey to Space. Space Foundation Board of Directors Member-At-Large, The Honorable Patricia Grace Smith (pictured) offered remarks before the screening of the film, which chronicled the legacy of the Space Shuttle program and provided images of what a manned mission to Mars might look like.

In her comments, Grace said, “Journey to Space celebrates our heritage of discovery, and showcases collaborative enthusiasm about the future. Space is humanity’s last true marvel and wonder. It’s a place of dreams, of hopes, of discovery. Our burning curiosity is one of the common bonds that tie us all together — that need to explore, to know, to answer. To fulfill our dreams of traveling beyond our own planet, we need a diverse and talented workforce. To this end, we must do all we can to inspire the next generation of space workers and leaders.” 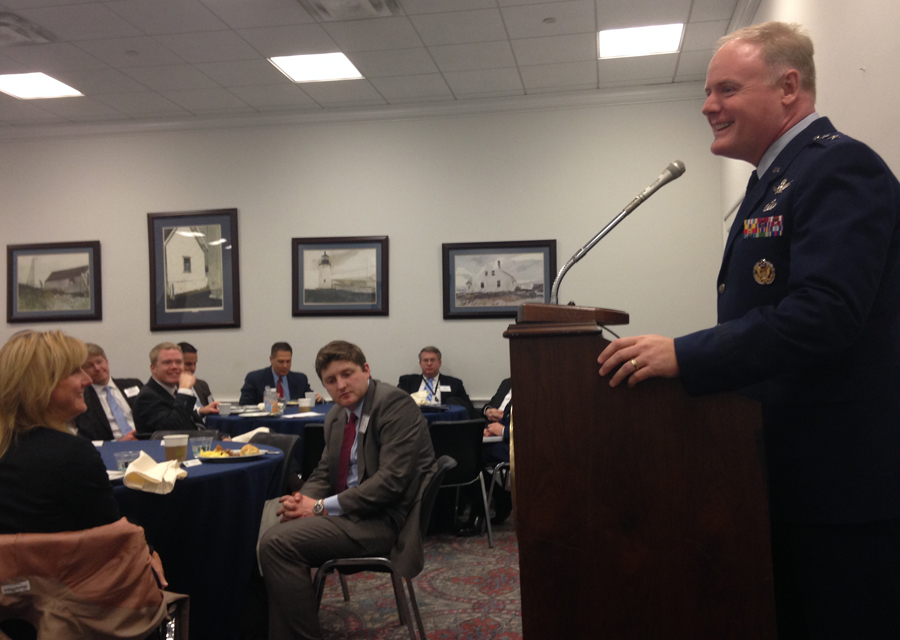