The panels will assist with the nomination of the most qualified candidates from Colorado and the 5th Congressional District to attend four of the United States Service Academies – U.S. Air Force Academy, U.S. Naval Academy, U.S. Military Academy and U.S. Merchant Marine Academy. The candidates have demonstrated character, scholarship, leadership and physical aptitude, and the application process will culminate with the interview board. 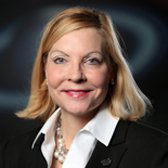 About Brunswick
Lt. Col. Shelli Brunswick, USAF (Ret.), joined the Space Foundation in 2015 as Chief Operating Officer, after a distinguished career in leadership as an acquisition and program management professional for the United States Air Force, and most recently, as a key leader within the Air Force Congressional Liaison office working both within the Pentagon and on Capitol Hill. Brunswick graduated summa cum laude from the University of Southern Colorado in 1994 with a bachelor’s degree in business administration, and earned a master’s degree in business administration from the University of Phoenix in 1998. She is a Certified Project Management Professional, and was a Professor of Acquisition Management at Defense Acquisition University. 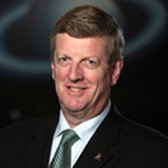 About Eisenhart
Steve Eisenhart is responsible for the Space Foundation’s global strategy and relationships with international space agencies and organizations, foreign embassies and U.S. organizations involved with global space programs. He oversees program development and integration of key Space Foundation activities including the annual Space Symposium, and supervises the Space Foundation’s government affairs activities in the Washington, D.C., office. Eisenhart is a graduate of the U.S. Military Academy at West Point.