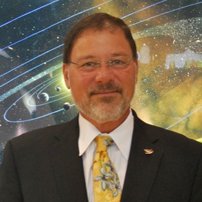 I’m not a big joiner. Despite my seemingly outgoing public persona, I’m really an introvert, a consistent INFP by Keirsey metrics.

Oh, I maintain membership in the things that are sort of expected in my position – the NDIA, AAS, Royal Aeronautical Society, that sort of thing. And, in pursuing my non-space passions, like the PADI Divers’ Society and the Hawaiian Civic Club.

I’ve been resisting AARP, but soon. Too damned soon. Uggg.

But there’s one membership organization I’ve always been pleased to support, and frequently, quite proud to be a member of: The Planetary Society (TPS). Since its founding in 1980 by Carl Sagan, Bruce Murray and Louis Friedman, TPS has been a tireless advocate for the exploration of space. Today, with science educator Bill Nye at the helm, TPS continues – after 35 years – to boldly go where no membership organization has gone before.

TPS and the Space Foundation have always had a special connection. Many will remember the early days of our annual Space Symposium, when Carl, and cohorts like Friedman, were frequent speakers. One of my favorite stories is of Carl and CNN correspondent John Holliman passionately engaged in a discussion of the cosmos, under the stars at the Broadmoor – outside the Golden Bee, which makes perfect sense. The connections between the Foundation and the Society have continued strong over the years. We share, or have shared, board members like Lon Levin (XM Radio and Sky Seven Ventures), Alexis Livanos (Northrop Grumman) and Neil deGrasse Tyson. We’ve worked together on a project basis over the years, and we’re currently in discussions about potential education partnerships going forward.

In many ways, the Foundation and the Society are a perfect Yin-Yang fit. We are an “in industry” private operating foundation, and TPS is an “outside industry” membership society. We do some things together, but for the main part, we do different things, complementary things, very well and with common purpose. The Foundation’s mission is “To advance space endeavors, to Inspire, Enable and Propel Humanity.” The Society is focused on “Empowering the world’s citizens to advance space science and exploration.” It’s hard to imagine two more closely aligned mission sets.

The trigger for this unabashed homily was last week’s 35th Anniversary celebration of the founding of TPS, in Pasadena. A two-day festival, celebrating the past, present and future of TPS, the anniversary events brought together that unique grouping of space enthusiasts that the Society has come to represent: scientists, academics, celebrities, enthusiasts from all walks, and even a few industry folks like me. Over the course of two days, TPS hosted a reception at the Huntington Library, the dedication and launch of its new headquarters, a family space festival and open house and a gala dinner at the Pasadena Convention Center. The appropriately star-studded lineup for a post-dinner evening in the old Pasadena Auditorium (sold out, by the way) included Nye, Tyson, Star Trek actors Nichelle Nichols, Robert Picardo and Jeri Ryan, The Martian author Andy Weir, comedian Andy Peters and special guests like Amy Mainzer from JPL and Dava Newman from NASA headquarters.

Tyson was presented with the Society’s rarely conveyed Cosmos Award. He is, of course, also a winner of the Space Foundation’s Douglas S. Morrow Public Outreach Award.

TPS has a lot to celebrate as it turns 35. Like the Space Foundation, the Society’s membership has continued to grow over the past decade, despite a very challenging political, economic, and philanthropic environment. And, like the Space Foundation did just a few years ago, TPS has moved into an expanded new headquarters that will greatly enhance its ability to pursue its mission. Rather uniquely, TPS has a suite of hands-on science projects to celebrate as well, including its LightSail pathfinder, its sponsorship of Exoplanet hunters, its engagement in the development of planetary deep drills and sample return tools, and missions like Planetary Defense, in which the Space Foundation shares a deep interest.

Also like the Space Foundation, TPS is fundamentally a communicating organization. The role of advocate is pursued across all channels of communication – from testimony on Capitol Hill, to interviews with the media, to posts, pins, Tweets and links on social media. Having Nye at the helm doesn’t hurt: Bill is a brand unto himself, and his willingness to leverage that on behalf of the cause is both singularly unselfish and tremendously effective.

Certainly, we have our differences. We don’t agree on every issue, and our priorities are seldom stacked in the same order. Our constituencies, while overlapping a bit here and there, are fundamentally different. But frankly, that is really a strength, and goes back to the Yin-Yang fit enjoyed by our two organizations.

The View from Here is that The Planetary Society is one of the most important and effective partners that the global space community could have as an advocate for the exploration and development of space. Here is to 35 years of absolutely stellar accomplishment! All of us at the Space Foundation look forward to working closely with you on the next 35.