The Board of Directors of the Space Foundation has unanimously selected VADM Richard H. Truly, USN (Ret.), as the 2016 recipient of its highest honor – the General James E. Hill Lifetime Space Achievement Award. 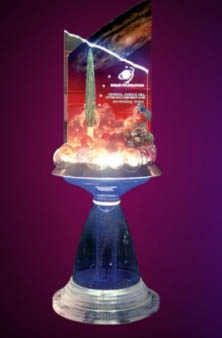 “From his leadership of military space endeavors like the Manned Orbiting Lab (MOL) program, and Naval Space Command, to pilot and test pilot achievements including the early space shuttle flights, to leading NASA back to flight after the loss of Challenger, Dick Truly has quietly and humbly led the U.S. space program through some of its most important moments,” said Space Foundation Chief Executive Officer Elliot Pulham. “Few exemplify a lifetime of space achievement better than Dick Truly, and we are humbled by the opportunity to recognize his contributions to the exploration, development and utilization of space.”

The 2016 General James E. Hill Lifetime Space Achievement Award will be presented to Truly at a special industry luncheon on April 13, 2016, during the Space Foundation’s 32nd Space Symposium, to be held April 11-14, at The Broadmoor in Colorado Springs, Colo., USA. 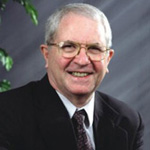 About Truly
Truly is a retired U.S. Navy Vice Admiral, a former fighter pilot, former astronaut for both the United States Air Force and the National Aeronautics and Space Administration (NASA), and was the eighth Administrator of NASA from 1989 to 1992.

He earned a bachelor of aeronautical engineering degree from Georgia Institute of Technology in 1959. Truly was ordered to flight school and was designated a Naval Aviator on Oct. 7, 1960. His initial tour of duty was in Fighter Squadron 33, where he flew F-8 Crusaders aboard USS Intrepid (CVA-11) and USS Enterprise (CVN-65) and made more than 300 carrier landings.

From 1963 to 1965, Truly was first a student and later an instructor at the United States Air Force Aerospace Research Pilot School at Edwards Air Force Base, Calif. As a Naval Aviator and test pilot, Truly has over 7,000 hours in numerous military jet aircraft.

In 1965, Truly was among the first military astronauts selected to the United States Air Force’s Manned Orbiting Laboratory (MOL) program in Los Angeles, Calif. He joined the NASA Astronaut Corp in August, 1969, after the cancellation of the MOL program.

At NASA, Truly was a member of the astronaut support crew and capsule communicator (CAPCOM) for all three of the manned Skylab missions in 1973, and the Apollo-Soyuz mission in 1975.  Truly was pilot for the Space Shuttle Enterprise approach and landing test flights during 1977. He was then assigned as a backup pilot for STS-1, the first orbital flight test of the Shuttle. His first flight into space (STS-2, Nov. 12-14, 1981) was as pilot of the Space Shuttle Columbia, significant as the first manned spacecraft to be re-flown in space. His second flight (STS-8, Aug. 30 to Sept. 5, 1983) was as commander of the Space Shuttle Challenger, which was the first night launch and landing in the Shuttle program. Truly left NASA in 1983 to become the first commander of the Naval Space Command, Dahlgren, Va.

Three weeks after the Shuttle Challenger disaster, Truly returned to NASA to become NASA’s Associate Administrator of Space Flight on February 20, 1986. His primary task was to watch over the Challenger accident investigation and Space Shuttle’s return to flight. Space Shuttle Discovery successfully flew on September 29, 1988, on mission STS-26.

Truly was named to head NASA as its eighth Administrator in May, 1989.  He held this position until April, 1992.

After his departure from NASA, he led the Georgia Tech Research Institute from 1992 to 1997, and the National Renewable Energy Laboratory from 1997 to 2005. He served on the Board of Directors of the Space Foundation from 2003 – 2009.

Truly was credited by Carl Sagan with interceding in an internal dispute regarding whether Voyager 1 should be commanded to take one last photograph of Earth before completing its primary mission. The resultant photograph has since become known as the Pale Blue Dot photograph.

Tickets for the award luncheon can be purchased by Space Symposium attendees at www.spacesymposium.org/register.