A mission nearly 10 years in the making, New Horizons left Earth on Jan. 19, 2006. Speeding through the Solar System at more than 50,000 miles per hour, the spacecraft completed the first ever flyby of dwarf planet Pluto on July 14, 2015. 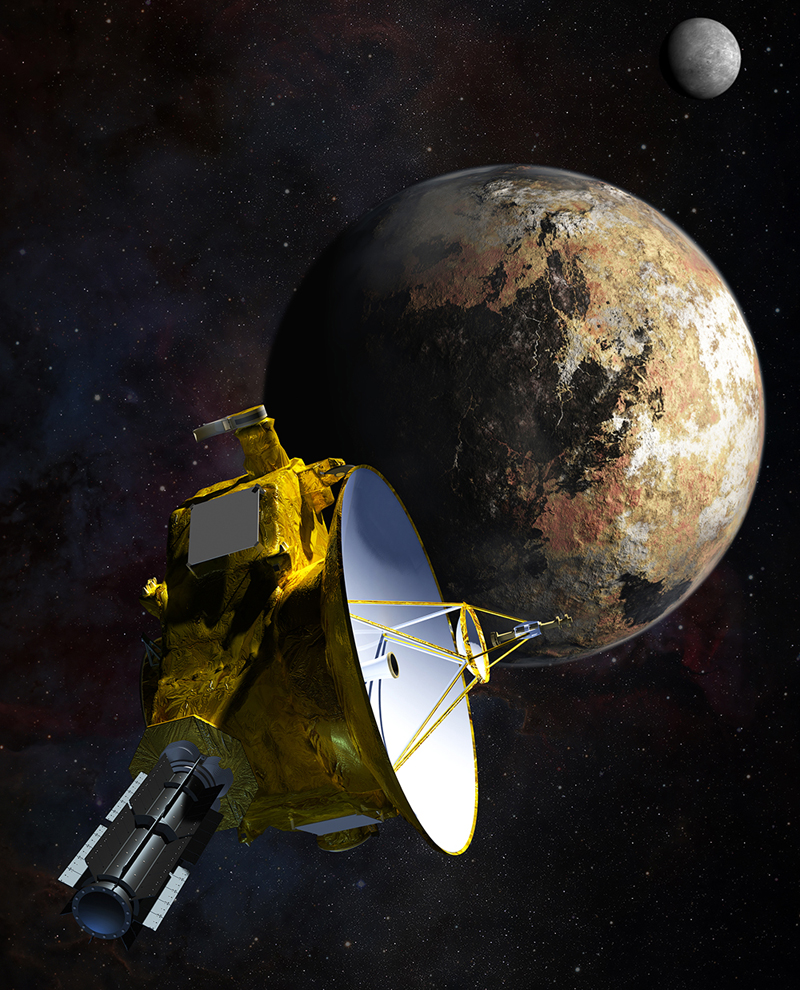 On the three billion mile journey, New Horizons came within 1.4 million miles of Jupiter, crossed the orbits of Saturn, Uranus and Neptune and successfully became the first manmade spacecraft to reach Pluto, coming within 7,750 miles of the surface and taking the first high-definition photos of the dwarf planet.

In recognition of this accomplishment, the Space Foundation will present the Pluto New Horizons Exploration Team with the 2016 John L. “Jack” Swigert, Jr., Award for Space Exploration.

“The world fell in love with Pluto’s heart, and the mission brought the curiosity of space exploration to the forefront of everyone’s minds,” said Space Foundation Chief Executive Officer Elliot Pulham. “The spacecraft spent the majority of the flight in hibernation, being awakened about 50 days a year for spacecraft and instrument checks. Data collection continues into 2016 making the Pluto New Horizon’s mission not only a success, but also an inspiration.”

The 2016 Swigert Award will be presented April 11 during the opening ceremony of the 32nd Space Symposium at The Broadmoor in Colorado Springs, Colo., USA. The ceremony is co-sponsored by Northrop Grumman, and the award is given annually by the Space Foundation to the person or organization that has made the most significant accomplishments in advancing the exploration of space during the previous year.

About the Space Symposium
The Space Symposium is the annual gathering of all sectors of the global space community, to be held April 11 – 14 at The Broadmoor in Colorado Springs. Visit www.SpaceSymposium.org to see the agenda, and for secure online registration, meal tickets and secure lodging reservations.