Excerpted from a speech by Shelli Brunswick, Space Foundation Chief Operating Officer, delivered on March 30, 2016, at a meeting of the National Association of Professional Women. 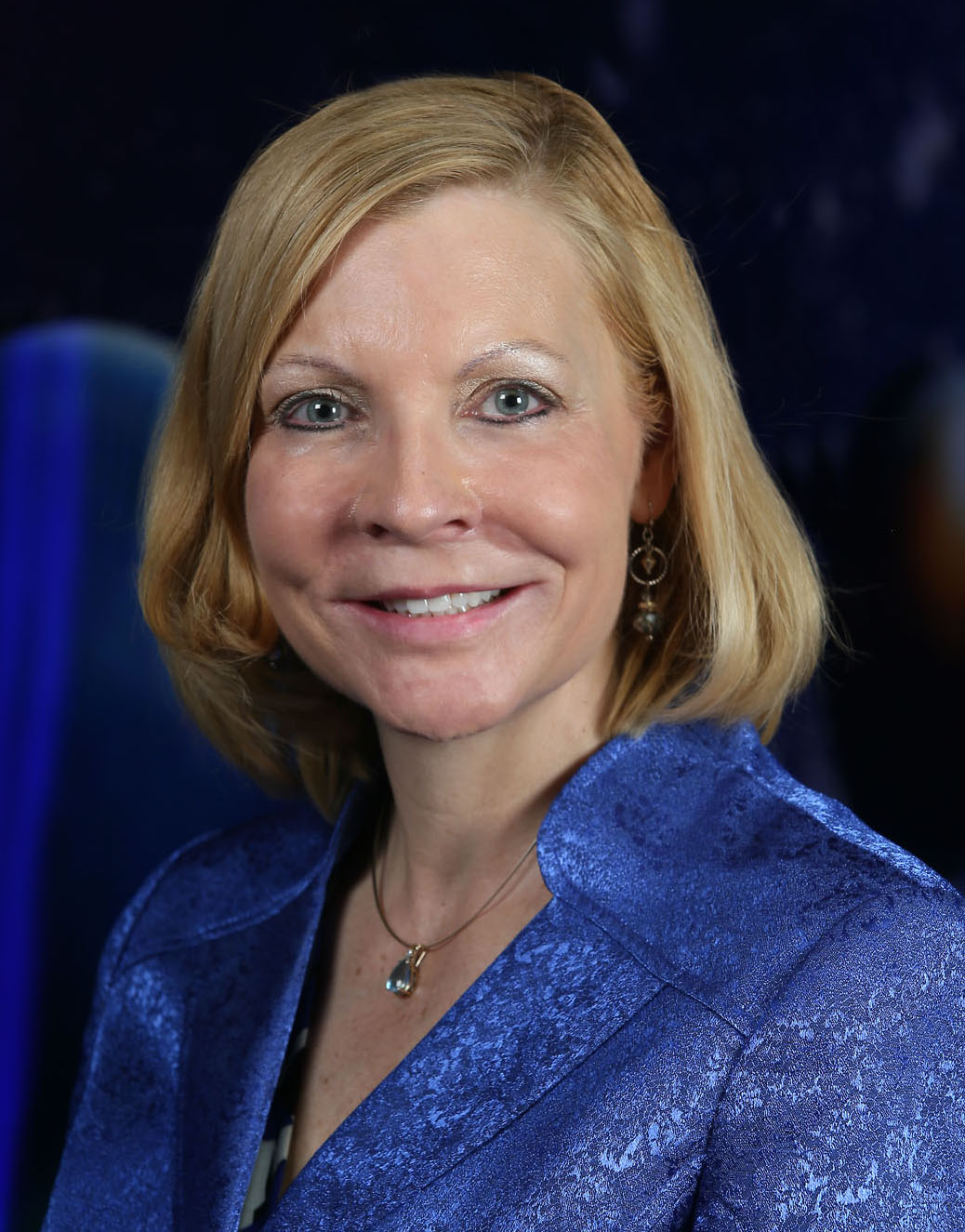 Today, I’m going to talk about where we are in the space race, because it’s still a race. Lots of other countries are getting into space, and lots of private companies are competing to be a part of it. I will share some ideas about where we’re going from here.

A lot of people have heartburn right now over the direction of our space program. We don’t have the ability to launch astronauts to the International Space Station (ISS), since the Space Shuttle Atlantis flew its last mission in 2011. So we buy a ticket from the Russians for a ride on the Soyuz at $70 million a pop.

NASA is developing the capabilities needed to send humans to an asteroid by 2025 and Mars in the 2030s. These goals were outlined in the U.S. National Space Policy issued in 2010, but the funding commitment is questionable. And our most reliable launch vehicle for heavy payloads, the United Launch Alliance Atlas V rocket, uses the Russian RD-180 engine, which Congress banned after Russia annexed Ukraine’s Crimea region in 2014. Congress weakened the ban late last year, but the Defense Department intends to end its reliance on the Russian engine as soon as possible. Russia is the world leader in commercial launch services.

China has launched two probes to our Moon, including a rover, and they tested anti-satellite weapons in 2007, and currently, 52 nations have satellites in orbit.

The space age began as a race for security and prestige between two super powers. The decades that followed have seen a radical transformation in the way we live our daily lives, in large part due to our use of space. The growth and evolution of the global economy has ushered in an ever-increasing number of nations and organizations using space to observe and study our Earth, create new markets and new technologies, support operational responses to national disasters, enable global communications and international finance, enhance security and expand our frontier. The impacts of our utilization of space systems are ubiquitous and contribute to increased transparency and stability among nations. We must never forget that our quest for space is indeed a race.

Let’s take Global Positioning Satellites, GPS, as an example. The first satellite navigation system, Transit, started in 1960 and was used by the Navy. A constellation of five satellites could provide a navigation fix approximately once per hour. Then in 1967, the Navy developed the Timeation satellite which incorporated accurate clocks in space, a technology that GPS relies on. In 1989, the first modern Block II satellite was launched and by 1994, GPS was fully-operational with a complete constellation of 24 satellites in orbit.

The military relies on them for far more than just navigation. It allows precise target tracking. It is the foundation of smart weapons that direct a payload to the target. They even have artillery projectiles now embedded with GPS receivers that can withstand acceleration of 12,000 Gs for use in 155MM howitzers. Also, GPS satellites carry a set of nuclear detonation detection sensors. Our national defense is dependent on GPS.

What about the civilian side of GPS? Of course, we all use it to get around, especially aviation, shipping and rail transport. It is essential for unmanned aerial vehicles that do resource mapping and aerial surveying — imaging tasks previously performed by satellites such as NASA’s LandSats.

Scientific applications are wide spread and include environmental and atmospheric monitoring, animal behavior studies, meteorology and climate research. It is used in agriculture for yield monitoring, precision planting of crops, spraying, harvesting and autonomous vehicle control. It is used in mining, construction, and surveying. It is used to time stamp seismic activity and to monitor position changes in sensitive physical formations such as volcanoes and earthquake fault lines.

It is critical for mobile telephone networks. Global financial systems increasingly need precise timing systems to schedule and prioritize local and international money transfers. It provides date and time stamps for electronic funds transfers. It enables ATMs and credit and debit card terminals at retailers around the world. We can’t even use our gas pumps without it anymore.

And GPS is just one example of the myriad benefits that flow to the United States and the world from our pursuit of space. So where are we now?

The budget for NASA is shrinking in total dollars, about $17.5 billion, and as a percent of the total budget, about half of 1 percent. With this they employ around 19,000 in-house workers and 60,000 outside contractors. They support dozens of ongoing missions, like the International Space Station, where astronaut, Scott Kelly, just returned from a 340-day stay as part of the preparation for a trip to Mars by studying the long-term effects of space on the human body. The ISS is a microgravity laboratory in which an international crew of six people live and work while traveling at a speed of 5 miles per second, orbiting Earth every 90 minutes. It has been continuously occupied since 2000, and in that time more than 200 people from 15 countries have visited. The space station remains the spring board to NASA’s next great leap in exploration, enabling research and technology developments that will benefit human and robotic exploration of destinations beyond low Earth orbit, including asteroids and Mars.

The New Horizons Mission, launched in January 2006, completed a flyby of the dwarf planet Pluto, sending back some exciting pictures last July and is now on its way to explore the Kuiper Belt, an icy, mini-world of our solar system’s formation.

The Mars Rover named Curiosity continues to astound us with its discoveries. Its mission is to determine the planets habitability, through study of its soil, rocks, and chemical composition. The landing involved a lot of new technological innovations. The spacecraft descended on a parachute and then during the final seconds prior to landing, lowered the rover on a tether to the surface, much like a sky crane. It carries a radioisotope power system that generates electricity from the heat of plutonium’s radioactive decay. This should give the mission a life span of at least 687 Earth days, traveling an average of 100 feet per hour.

The Hubble Space Telescope was launched in 1990 and just completed its 25th anniversary. Its deployment is the most significant advance in astronomy since Galileo’s telescope. Our view of the universe and our place within it has been expanded exponentially. It has travelled more than 3 billion miles along a circular low Earth orbit. It doesn’t have thrusters. To change pointing angles, it uses Newton’s third law by spinning its wheels in the opposite direction with the pointing accuracy of .007 arc seconds, which is like being able to shine a laser beam on a dime 200 miles away. Its usefulness should last into the 2020s with atmospheric reentry occurring between 2030 and 2040.

The Kepler Mission is a centuries old quest for other worlds like our Earth, specifically designed to survey our region in the Milky Way Galaxy for planets in or near the habitable zone. As of March 2014, the mission had identified more than 2,900 planetary candidates.

NASA also uses the vantage point of space to increase our understanding of our home planet, improve lives and safeguard our future. They monitor Earth’s vital signs from land, air, and space with a fleet of satellites and ambitious airborne and ground based observations. They share their data freely and scientist’s worldwide use it to study how our planet is changing now and how Earth could change in the future.

What’s next for NASA? They’re working hard to develop the Asteroid Redirect Mission to identify, capture and redirect a near Earth asteroid to a stable orbit around the moon, where astronauts will explore it in the 2020s, returning with samples. This is the preparation to begin a manned mission to Mars in the 2030s. To accomplish this, they are developing a new human spacecraft called Orion, that will usher in a revolutionary era of space exploration, taking humans further than they’ve ever gone before. In 2014, it was launched atop of a Delta IV rocket from Cape Canaveral on a two orbit, 4-hour flight that successfully tested many of the systems most critical to safety.

To carry Orion, NASA is developing the new Space Launch System that will be the world’s most powerful rocket. In 2015, they completed the critical design review, a first for a NASA exploration class vehicle in almost 40 years, and they continue to move forward with production. Flight hardware is currently in production for every element.

In October 2018, NASA is scheduled to launch the successor to the Hubble. The James Webb Space Telescope (JWST) will be the premier observatory of the next decade. It is an international collaboration that includes the European Space Agency, the Canadian Space Agency and the main industrial partner is Northrop Grumman.

While Hubble orbits the Earth at an altitude of 353 miles, the JWST will be launched to a point 930,000 miles away, about four times greater than the distance to the moon, where it will orbit the sun, but stay fixed in the same spot in relation to the Earth and sun, called the L2 Lagrange point. Hubble has an eight-foot diameter primary mirror. The Webb will have a 21-foot diameter mirror made out of beryllium using just one tenth the mass, that can detect light 400 times fainter than current space based telescopes.

I have been thrilled, inspired and awed by the images and information that Hubble has brought to us. I can’t wait for the James Webb Space Telescope to open a new window to our universe.

Lowering the cost of space and accessibility to space is going to change our world in ways we can’t even imagine yet. It reminds me of the early days of aviation with new discoveries, new and improved flying machines, and new achievements of capabilities and endurances happening at an ever increasing pace. The race for space is alive and well. The final frontier, discovery of the unknown, has always been an incentive that drives the imagination and accomplishments of mankind. I am so grateful to be a tiny part of that. It’s time to be bullish on space again — at the Space Foundation.