Start Here For Space is a 101-level introductory series to space policy. This series features subject matter experts who provide insight into space policy issues and why they should matter to policymakers. These episodes are all free and publicly available on the Symposium 365 platform. Two episodes of Season 2 have been released thus far:

(1) Dr. Bhavya Lal, Associate Administrator of the Office of Technology, Policy, and Strategy and Acting Chief Technologist at NASA, on nuclear propulsion. (link)

Shelli Brunswick is the Chief Operating Officer (COO) and the Executive Global Space Leader at Space Foundation. Brunswick regularly collaborates with commercial, government, and educational sectors to advocate for accessible space education, space technology innovation, and space entrepreneurship. Her dedication and influence as a role model for women in space was recognized in her nomination for four WomenTech Global Awards 2021.

Among key roles that she holds at other organizations, Brunswick is the Chair of the Women in Aerospace Foundation, a Space4Women Network Mentor at the UNOOSA, and a World Business Angels Investment Forum (WBAF) Senator for the U.S., chairs Space Entrepreneurship Tod’Aers, and also recently became a Global Chair for Space Technology with the Group of 100 Global Women Leaders. Brunswick spent three weeks traveling in the month of October, meeting with space leaders in the Middle East and North Africa region and attended the International Astronautical Conference in Dubai. Space Foundation is proud to be represented by a leader as compelling, inspiring, and committed as Shelli Brunswick.

On Monday November 1st, the UN First Committee approved the creation of the Open-Ended Working Group (OEWG) to establish rules for military activities in space. This is an indicator of growing political concern regarding the military space domain and a widespread motivation to take action. The OEWG will begin with biannual meetings where general consensus will be met and groundwork will likely be laid for a new treaty addressing the growing risks of military conflict in space. 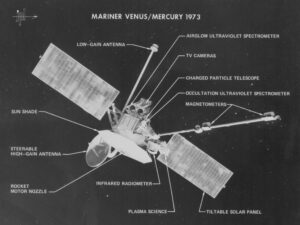