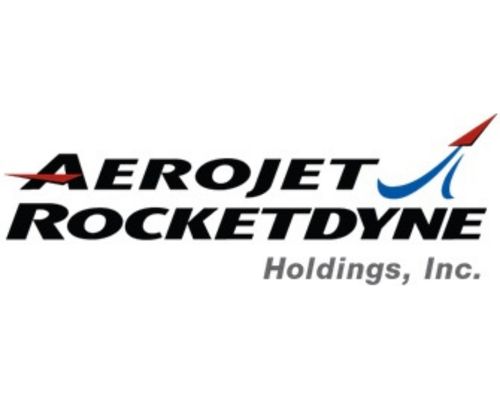 EL SEGUNDO, Calif. — July 6, 2022 — Aerojet Rocketdyne Holdings, Inc. (NYSE: AJRD) announced today that a new board of directors was elected at a special meeting of shareholders held on June 30, 2022.

“We are extremely grateful for the engagement and support of our shareholders throughout the process that culminated in the election of our new board,” said Eileen P. Drake, CEO and President. “Each of our new directors is an accomplished business leader with relevant experience and a history of creating substantial shareholder value,” added Drake.

Aerojet Rocketdyne plays a vital role in the national and economic security of the United States by providing proven capabilities and next generation solutions for critical national defense and space exploration priorities. Our business is poised to deliver significant value creation for shareholders in the near and long term.

Aerojet Rocketdyne serves a diversified portfolio of programs and markets across high-priority areas of the defense and space sector. The Company’s large, multi-year awards – including propulsion for the Air Force’s new Sentinel intercontinental ballistic missile system (LGM-35A), Terminal High Altitude Area Defense (“THAAD”), Standard Missile, NASA Space Launch System and the Orion spacecraft – have driven growth and created a backlog that stands at $6.4 billion as of March 31, 2022. These programs provide long-term visibility into revenue growth, with $2.4 billion of backlog expected to convert to sales over the next twelve months, our highest outlook ever. The Company’s differentiated capabilities position it to deliver robust, consistent cash flow.

“Throughout this process, the members of our new board of directors have had the privilege of speaking directly with our shareholders to discuss Aerojet Rocketdyne’s strategy and performance,” said Drake. “We would like to thank our shareholders for their perspectives and feedback and we welcome the opportunity for continued shareholder engagement as we implement a value creation strategy that will strengthen our Company, increase value for shareholders and provide affordable, highly reliable and innovative products for America’s national security and space programs,” concluded Drake.

Additional information regarding the results of the 2022 Special Meeting is available in the Form 8-K that was filed today by Aerojet Rocketdyne with the Securities and Exchange Commission and on the Company’s investor website.

Biographies of Aerojet Rocketdyne’s New Board of Directors

Ms. Baker currently serves as a director on the board of Leonardo DRS, serving on the Compensation Committee as well as the Board of Advisors of Capewell Aerial Systems.

Ms. Blakey currently serves as a director on the boards of Sun Country Airlines, New Vista Acquisition Corporation and Eve Holding, Inc., and was previously a director at Alaska Air Group and Cobham PLC.

Maj. Gen. Bolden (Ret.) was the Administrator of the National Aeronautics and Space Administration (NASA) from July 2009 until January 2017. Bolden’s 34-year career with the Marine Corps included 14 years as a member of NASA’s Astronaut Office. After joining the office in 1980, he traveled into orbit four times aboard the space shuttle between 1986 and 1994, commanding two of the missions and piloting two others. Today, in addition to his numerous professional affiliations, Maj. Gen. Bolden serves as the Founder and CEO Emeritus of The Charles F. Bolden Group, providing leadership in the areas of Space/Aerospace Exploration, National Security, STEM+AD Education and Health Initiatives.

Gen. Chilton (Ret.) has served as a member of the Aerojet Rocketdyne Board of Directors since 2018. Gen. Chilton has served as President of Chilton & Associates LLC, an aerospace, cyber and nuclear consulting company, since 2011, when he retired from the U.S. Air Force after over 34 years of service completing his career as the Commander, U.S. Strategic Command, where he was responsible for the plans and operations for all U.S. forces conducting strategic nuclear deterrence, space and cyberspace operations.

From 2006 to 2007, Gen. Chilton served as Commander of Air Force Space Command, where he was responsible for all Air Force space and nuclear ICBM programs. From 1998 to 2006, Gen. Chilton held a number of positions in the Department of Defense, including: Commander of the 9th Reconnaissance Wing; Commander of the 8th Air Force; Deputy Director of Politico-Military Affairs, Asia-Pacific and Middle East; Deputy Director of Programs; and acting Assistant Vice Chief of Staff of the Air Force. From 1987 to 1998, he served as a National Aeronautics and Space Administration (NASA) Astronaut, participating in three space shuttle flights and as Deputy Program Manager for Operations for the International Space Station Program.

Gen. Chilton also serves as a director on the board of Lumen Technologies, serving as Chair of the Risk & Security Committee.

Mr. Corcoran has served as a member of the Aerojet Rocketdyne Board of Directors since 2008. Mr. Corcoran has been President of Corcoran Enterprises, LLC, a management consulting company, since 2001. He also served as Senior Advisor of The Carlyle Group, a private investment firm, from 2001 to 2017. Mr. Corcoran has held a number of senior executive positions, including President and CEO of Gemini Air Cargo, Inc. (a Carlyle Group company) from 2001 to 2004; President and CEO of Allegheny Teledyne Incorporated from 1999 through 2000; and President and COO of Lockheed Martin Corporation’s Electronic Systems and Space & Strategic Missiles sectors from 1993 to 1999. Mr. Corcoran was also elected a corporate officer and rose to the number two position in G.E. Aerospace as Vice President and General Manager of G.E. Aerospace Operations in 1990, after beginning his career with General Electric Company in 1967.

He has been a director of numerous public and private companies. Mr. Corcoran currently serves as a director on the board of L3Harris Technologies, Inc., serving on the Audit and Finance Committees. He is also a trustee at his alma mater Stevens Institute of Technology.

Ms. Drake has served as CEO and President of the Company and as a member of the board of directors since June 2015. Immediately prior to these roles, she served as the Company’s COO from March 2015 to June 2015.

Before joining the Company, Ms. Drake held several senior positions with United Technologies Corporation (UTC), a multinational manufacturing conglomerate, from 2003 to 2015, including President of Pratt & Whitney AeroPower’s auxiliary power unit and small turbojet propulsion business from 2012 to 2015. From 1996 to 2003, Ms. Drake managed production operations at both the Ford Motor Company and Visteon Corporation where she was Ford’s product line manager for steering systems and plant manager of Visteon’s fuel system operation. Ms. Drake also served on active duty for seven years as a U.S. Army aviator and airfield commander of Davison Army Airfield in Fort Belvoir, Virginia.

Ms. Drake also serves as a director on the board of Woodward, Inc., serving as Chair of the Nominating and Governance Committee and on the Compensation Committee.

Ms. James served as the 23rd Secretary of the United States Air Force, a position she held from December 2013 to January 2017. Prior to her role as Secretary of the Air Force, Ms. James held various executive positions during a 12-year tenure at Science Applications International Corporation (SAIC), most recently serving as Sector President, Technical and Engineering of the Government Solutions Group. SAIC is a provider of services and solutions in the areas of defense, health, energy, infrastructure, intelligence, surveillance, reconnaissance and cybersecurity to agencies of the U.S. Department of Defense (DoD), the intelligence community, the U.S. Department of Homeland Security, foreign governments and other customers. Earlier in her career, Ms. James served as Professional Staff Member for the House Armed Services Committee and as the DoD Assistant Secretary of Defense for Reserve Affairs.

Ms. James serves as a director on the boards of Textron Inc. and Unisys Corporation.

Gen. Lord (Ret.) has served as a member of the Aerojet Rocketdyne Board of Directors since 2015. Since retiring from the U.S. Air Force in 2006 after 37 years of military service, Gen. Lord has been a Senior Associate of The Four Star Group, LLC, a private aerospace and defense advisory and consulting group, since 2008. In 2010, Gen. Lord founded L2 Aerospace, LLC (now known as OmniTeq, LLC), an innovative company to shape and influence the business competition in the dynamic and emerging commercial, civil and defense aerospace markets. Gen. Lord is the Chairman of the Board of Frequency Electronics, Inc., a member of the board of Boneal Aerospace, advisor to Iridium Communications and General Dynamics Space and Intelligence Systems.

While in the military, Gen. Lord held a number of significant posts, including Commander, Air Force Space Command, from 2002 to 2006, during which time he was responsible for the development, acquisition and operation of Air Force space and missile weapon systems. In that position, he led more than 39,700 personnel who provided space and intercontinental ballistic missile combat capabilities to the North American Aerospace Defense Command and U.S. Strategic Command. Gen. Lord also received several prestigious military decorations in his career, including the Distinguished Service Medal and Legion of Merit. He is also the 2014 recipient of the American Astronautical Society’s Military Astronautics Award.

Gen. Lord also serves as a director on the board of Frequency Electronics Corporation, serving on the Audit and Nomination and Governance Committees.

This release contains certain “forward-looking statements” within the meaning of the United States Private Securities Litigation Reform Act of 1995, including statements regarding the new board’s plans and expectations with respect to shareholder value. Such statements in this release are based on management and the board’s current expectations and are subject to risks, uncertainty and changes in circumstances, which could cause actual results, performance or achievements to differ materially from anticipated results, performance or achievements. All statements contained herein that are not clearly historical in nature are forward-looking and the words “believe,” “could,” “expect,” and similar expressions are generally intended to identify forward-looking statements. A variety of factors could cause actual results or outcomes to differ materially from those expected and expressed in Aerojet Rocketdyne’s forward-looking statements.