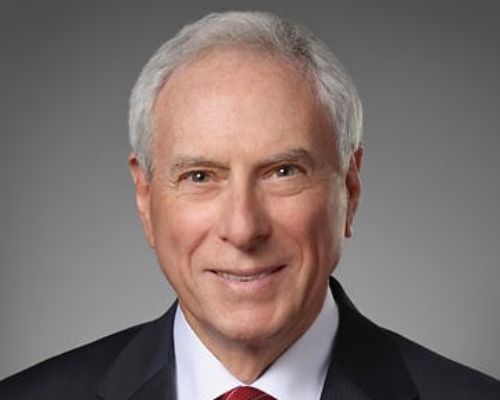 For 60 years, Dan Goldin has been a pioneering technical, programmatic and organizational leader for the intelligence/national security, civil space, commercial space, and advanced technology and computing communities. Starting his career at NASA’s Lewis Research Center in 1962 working on propulsion systems and concepts for interplanetary travel, Goldin would leave NASA to begin an enormously successful 25-year career at TRW’s Space and Technology Group in California, working on pioneering classified national security space programs critical to America’s security during the Cold War. His engineering and programmatic leadership would face its greatest challenge when he was tapped to become the NASA administrator in the spring of 1992.

Goldin is credited with the re-emergence of NASA through one of its most challenging times after the Cold War, architecting the “faster, better, cheaper” approach for satellite and program operations to revolutionize NASA’s Earth Science, Space Science, Human Exploration, and Aeronautics programs. From overseeing the repairs to the Hubble Space Telescope and the Agency’s return to Mars with rovers to forging the international partnerships that would establish the most challenging and remote of exploration outposts, the International Space Station, Goldin’s tenure as administrator would be revolutionary to the global space community. His efforts also opened the door of opportunity for the emerging commercial space industry to compete and satisfy critical agency mission requirements in remote sensing, robotics, computing and more. By his departure from NASA in November 2001, Goldin had become NASA’s longest-serving administrator and one of its most transformative. In 2001, Goldin was the recipient of the Dr. Robert H. Goddard Memorial Trophy.

Today, Goldin continues to advise companies, educational institutions and other organizations on ways to advance a broad range of technologies to make the world a better and safer place for all. As the founder of Cold Canyon, an innovation advisory company, and as a senior advisor to Cerberus Capital Management, his career spans space exploration and science, aeronautics, air traffic management, national security, semiconductors, communications, and artificial intelligence.

Commenting on Goldin’s selection for the award, Space Foundation CEO Tom Zelibor said, “The global space community is fortunate to have many talents in its service, but there are truly few individuals that could transform the worlds of engineering, national security, science, diplomacy, commerce, computing and more like Dan Goldin. It is rare for any person to do that in one area, let alone several, but his career and leadership within our community have been transformative in every way. It is without question that much of today’s unfolding space renaissance is directly linked to his works.”

Named in honor of Space Foundation’s late, longtime chairman, Gen. James E. Hill, USAF (Ret.), the award recognizes outstanding individuals who have distinguished themselves through lifetime contributions of 20 years or more to the welfare or betterment of humankind through the exploration, development and use of space, or the use of space technology, information, themes or resources in academic, cultural, industrial or other pursuits of broad benefit to humanity.

The award will be presented at the opening ceremonies of Space Foundation’s Space Symposium, to be held April 17-20, 2023, at The Broadmoor in Colorado Springs.

Space Symposium is the premier assembly for the global space ecosystem, hosted by Space Foundation since 1984. The live event is widely attended by commercial and government leaders, young professionals, entrepreneurs, and educators in Colorado Springs, Colorado. Last year’s Space Symposium enabled its thousands of global attendees to seamlessly engage and conduct business both in-person and virtually. For more information, please visit www.spacesymposium.org.

Space Foundation is a nonprofit advocate organization founded in 1983, offering a gateway to information, education and collaboration for space exploration and space-to-Earth industries that define the global space ecosystem. Driven by a partnership model, Space Foundation operates three divisions that unite the entire spectrum of stakeholders — business, government, education and local communities — through support from corporate membership, sponsorship, fundraising and grants. Symposium 365 is the premier source for media and events, including the world-renowned Space Symposium and The Space Report; Center for Innovation and Education is a lifelong learning provider; and Global Alliance facilitates collaboration around the world. Visit Space Foundation at www.SpaceFoundation.org, and follow us on LinkedIn, Facebook, Instagram, Twitter and YouTube.