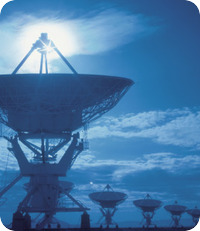 Participants at the 2nd Global Space Development Summit, organized by the Center for Strategic and International Studies in partnership with the American Institute of Aeronautics and Astronautics, the Space Foundation and the Chinese Society for Astronautics, will examine critical developments on issues of space exploration and Earth observations.

Scheduled for Nov. 12-13 in Washington, D.C., the Summit will look at the future of international coordination and governance structures for space development. Speakers include:

The Summit builds on the momentum of the inaugural Global Space Development Summit, held in Beijing, China, in April 2008, and the resulting Beijing Declaration, which focuses on international cooperation in two vital areas: Earth observations and space exploration. The Declaration has been widely endorsed by governments, nonprofit organizations, industry, and academia from around the world.

On Nov. 12, the Summit will cover space exploration governance, with emphasis on the international lunar base project recommended in the Beijing Declaration. On the 13th, the Symposium on Earth Observation will examine the importance of Earth observations and discuss the state of cooperation, particularly regarding development of the Global Earth Observation System of Systems (GEOSS). Earth observations, in the most current sense of the term, encompasses all Earth system data collection from space-based, airborne, and in-situ platforms to create improved products and information for decision-makers. A variety of stakeholder audiences, extending well beyond the space community, will be included in the second day’s discussion.

* See the article about Dr. James Reilly in this issue of Space Watch.