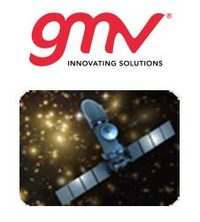 Madrid-based GMV has been providing satellite ground systems to satellite manufacturers, commercial operators, integrators, and Space Institutions around the world since 1984. More than 230 space missions use GMV technology, and GMV’s operational systems are currently installed on six continents in 25 countries. GMV’s U.S. headquarters are in Rockville, Md., and its European headquarters are in Madrid, Spain.