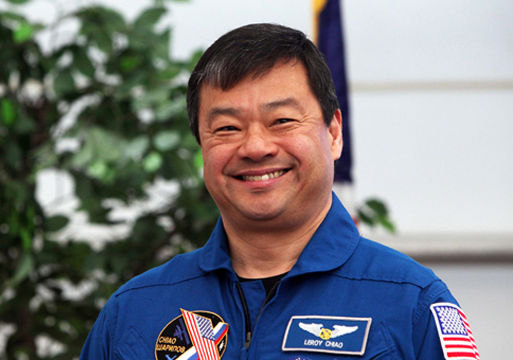 On Friday, April 5, more than 500 regional elementary and middle school students and educators will fill the seats of the U.S. Air Force Academy's Fairchild Hall  auditorium to hear about the experiences of former NASA Astronaut Leroy Chiao, Ph.D., (pictured right) and learn about his life as a Space Shuttle astronaut and as a resident of the International Space Station (ISS).

Through the Space Foundation Audience with an Astronaut program, students can learn firsthand what it takes to get from elementary/middle school to becoming a space explorer. The presentation includes an informational and inspirational talk followed by a question and answer period. The program is offered exclusively to the classes of Space Foundation Teacher Liaisons, a group of extraordinary teachers who use space in the classroom.

Col. Marty France, a long-time supporter of the Space Foundation and head of the Academy's Department of Astronautics, helped put the session together.

"I think it's great that we partnered with the Space Foundation to host this event," said France. "USAFA's produced so many astronauts and our whole curriculum has so many aspects of space, that it was just natural - and the chance to be a part of motivating more kids to continue their STEM studies makes it even better!" 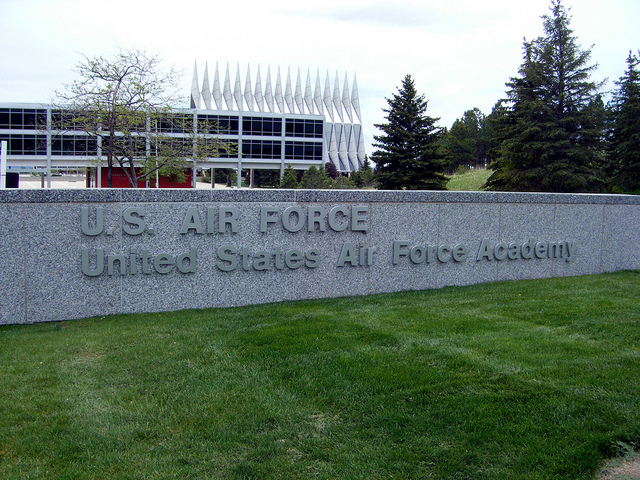 The Academy's support of this effort is another example of increased community outreach and regional STEM efforts. The Academy formally institutionalized a decades-old STEM effort with the creation of the USAFA K-12 STEM Outreach Center. The center provides K-12 and educator educational opportunities such as the Audience with an Astronaut, Cool Science and the Chemistry Magic Show, Physics is Phun, and annual continuing education programs for educators.