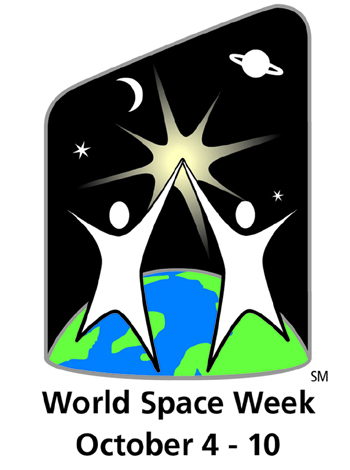 Water Falls follows the scientists who track water around the globe. Produced specifically for Science On a Sphere, Water Falls depicts a 360-degree view of  the movement of water on our planet. The film introduces viewers to the water cycle and shows how water in the atmosphere regulates climate, the global and local consequences of too much or too little rain, water’s effect on society from food production to urban sustainability and the role of water in storms and hurricanes. 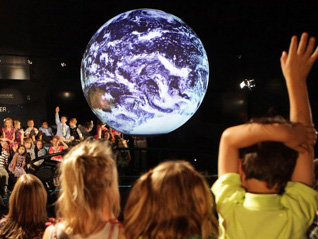 The 9-minute film will premiere for a select group of teachers and students at the Space Foundation before being released worldwide to the other 100 Science On a Sphere locations around the world on Oct. 23.

Attention Teachers!
Teachers typically use World Space Week as an opportunity to promote space themes in their classrooms by planning field trips and group projects, or hosting guest speakers and posting classroom displays.

The Space Foundations invites educators to send us your ideas for the week. We’ll publicize the activity on our website and also post it on the international World Space Week events listing. Send a short description of your planned activities to: [email protected].

About World Space Week
In 1999, the United Nations General Assembly declared World Space Week as an annual event, to always be celebrated Oct. 4-10. The dates were chosen to commemorate the launch of Sputnik 1, on Oct. 4, 1957, and the signing of the Outer Space Treaty on Oct. 10, 1967. Learn more at www.worldspaceweek.org.