Decreasing oxygen tank pressure meant the Gemini V spacecraft wouldn’t have enough power to operate. Hours into the eight-day Gemini V mission the astronauts faced the very real possibility of cutting the mission short by about seven days — a bust.

The astronauts first noticed the pressure loss about two hours after their launch on August 21, 1965. The pressure continued to fall afterwards, and nearly five hours into the mission, Cooper switched off electrical power in an effort to conserve whatever energy the fuel cell might still be able to provide. Once powered off, the pressure in the tank began to stabilize. 100 to 300 miles above the Earth, the astronauts orbited without power as flight directors and their teams on the ground discussed what to do. The astronauts continued to monitor the pressure in the tank, noting it was remaining steady, but low.

The astronauts could still re-enter the Earth’s atmosphere with the spacecraft and land safely — there were dedicated batteries with enough power to do that. Once that was established, NASA engineers focused on how to get the fuel cell operating normally again so the astronauts could continue their mission. After seven and a half hours, the astronauts were finally told to switch on the power. As the astronauts rebooted electrical power, the oxygen supply tank’s pressure held steady. Subsequent tests of the electrical system gave the astronauts some measure of assurance as the pressure continued to remain stable during the tests. The pressure stability within the fuel cell oxygen supply tank meant the mission could continue.

Eight days later, on August 29, 1965, Cooper and Conrad returned safely (pictured below). In spite of the initial pressure problem, the mission was considered a success. Fuel cells continued to be used on other missions and spacecraft. They supplied power to Gemini and Apollo spacecraft, and then the Space Shuttle. They might also be used for storing energy for a Moon or Mars colony. 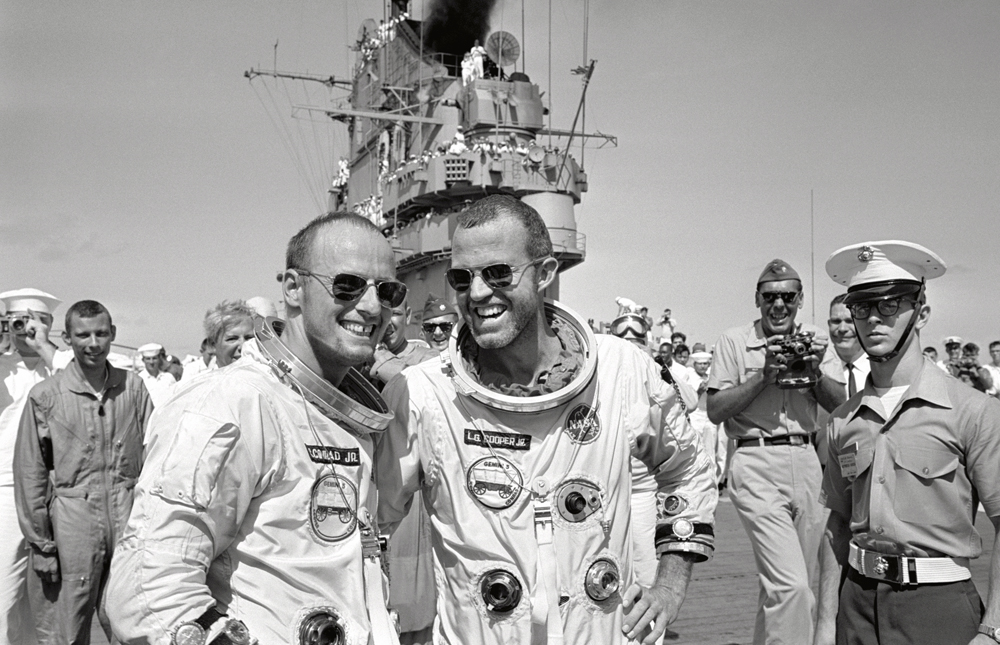