By October 1965, NASA had conducted five Project Gemini missions. Four of those missions had astronauts on board. All of the Gemini missions were successful, but NASA had yet to accomplish one of the project’s primary goals: rendezvous and docking. This was important for NASA’s Project Apollo missions, since the evolving plans for those missions pointed to the requirement for rendezvous and docking in the Moon’s orbit. This was the goal for Gemini VI and its crew, scheduled to be launched on October 25, 1965. 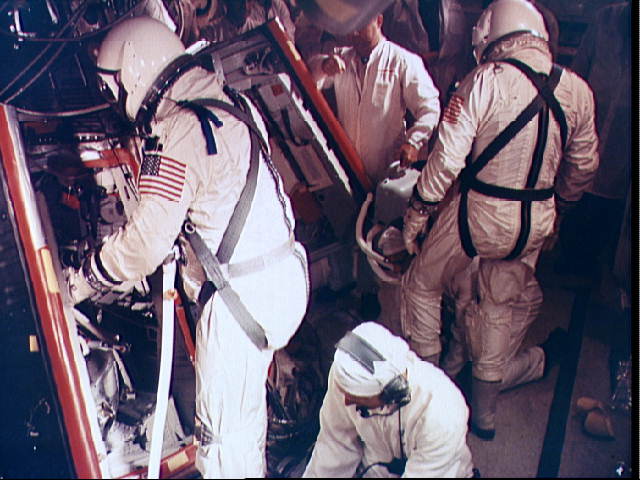 Astronauts Walter Schirra and Thomas Stafford were to be the first astronauts to rendezvous and dock with another spacecraft in Earth’s orbit. The other spacecraft involved was a Gemini Agena Target Vehicle (GATV). GATV was the latest development of Agena, a spacecraft model that had been launched 140 times since early 1959. GATV was to be launched atop an Atlas rocket. Gemini VI would be launched with a Titan II Gemini Launch Vehicle (GLV). NASA was going to launch the Atlas first and the GLV with Gemini VI and its astronauts soon after. The astronauts would then attempt to dock with GATV. They had practiced the procedure many times and were ready to try it. 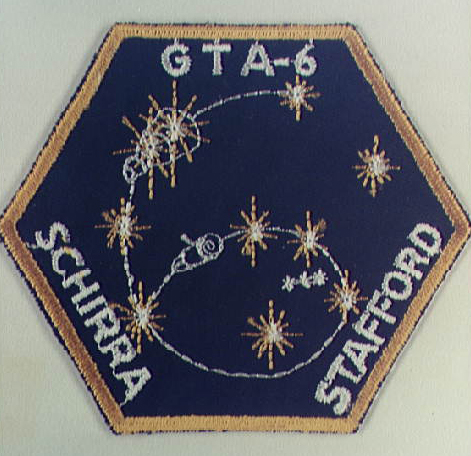 Schirra and Stafford were in their capsule for fifteen minutes when the Atlas launched with its GATV payload. Ten minutes after the Atlas launch, Mission Control hadn’t received a peep from GATV. But U.S. Air Force radar showed five pieces where there should have been only one GATV.

GATV never achieved orbit. The silence continued for another fifty minutes when NASA scrubbed the mission–the astronauts were not to go to space that day.

The GATV loss was a setback for NASA’s efforts. But even while events were unfolding in the skies, others within NASA were beginning to find a silver lining in a very dark cloud, as plans were formed to modify the next Gemini mission. Schirra and Stafford might not have gone to space that day, but they’d have another opportunity very soon.