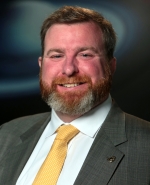 The month of June saw activity on a variety of space-related fronts in the nation’s capital, and the addition of a new intern at the Space Foundation’s Washington, D.C., office. Ariel Sheely just completed her sophomore year at George Mason University. She is studying government, and also has an interest in astronomy.

Last month on the Hill, the Senate passed its version of the National Defense Authorization Act (NDAA) on June 14. This legislation contains important policy directives for the Department of Defense, including all military space programs. The next step is for this bill to be synchronized with the House version which has already been passed.

On June 15, the House Science, Space and Technology’s Subcommittee on Space held a hearing titled “Human Spaceflight Ethics and Obligations: Options for Monitoring, Diagnosing, and Treating Former Astronauts.” It focused on the physiological challenges to the human body after long-term spaceflight. It also addressed health care issues astronauts face during retirement.

On June 16, the House of Representatives passed its version of the 2017 Defense Appropriations bill. This bill includes funding for important national security space programs.