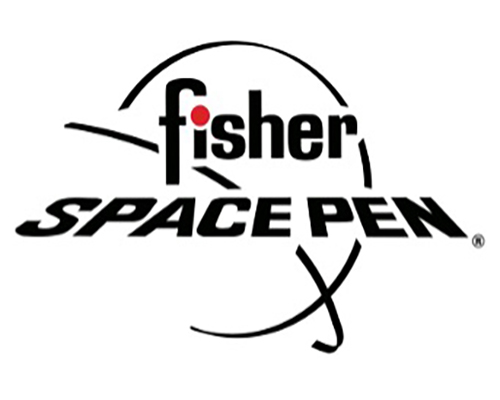 Fisher Space Pen Co., makers of the iconic ‘Astronaut Space Pen,’ will be inducted into Space Foundation’s 2021 Space Technology Hall of Fame at a private ceremony on Thursday, August 26, 2021, the last day of the 36th Space Symposium, to be held August 23-26, at The Broadmoor in Colorado Springs. Fisher Space Pen Co. will be inducted as an organization, and Paul C. Fisher, founder of the company and inventor of the revolutionary Fisher Space Pen, will be inducted posthumously as an individual. Members of the Fisher family, who run the company, will be in attendance to receive the honor. Space Foundation is a nonprofit advocate organization founded in 1983, offering a gateway to education, information, and collaboration for space exploration and space-inspired industries that define the global space ecosystem. See 36th Space Symposium Agenda

4 PM   Hall of Fame Private Induction Ceremony (By Invitation Only).

Space Technology Hall of Fame honors individuals, organizations and companies that adapt technologies originally developed for space to improve the quality of life on Earth. Launched in 1988 by Space Foundation and operating under Symposium 365 division, the awards program also inspires future space innovators. Honorees are nominated by the space community and global space agency technology transfer offices, reviewed by a space and technology expert panel, and inducted into the Space Technology Hall of Fame in a special reception at Space Symposium.

Fisher Space Pen Co. is a family-owned company proudly manufacturing the highest quality Made in America writing instruments. Its iconic AG7 Original Astronaut Space Pen has flown on every NASA crewed space mission since Apollo 7 and continues being used aboard SpaceX, Russian and Chinese space missions as well as on the International Space Station. Fisher Space Pen is proud to have created a commemorative Infinium Space Pen emblazoned with Virgin Galactic’s Evolution of Flight design, used by Sir Richard Branson and the Unity 22 Crew to sign the flight log before their historic spaceflight. The company participated in the White House Made in America Showcase and has been featured on FOX Business’ Mornings with Maria and on ABC World News Tonight with David Muir “Made in America” series. Watch video.

The Fisher Space Pen was created by Paul C. Fisher, an inventor, and entrepreneur who spent over $1 Million and over ten years to develop a pen that astronauts could use in zero gravity. The result: A patented pressurized ink refill, which uses gas to force thixotropic ink to flow, even in zero gravity.The refill allows them to write upside down, under water, in extreme temperatures from -30° to +250° F (-35° to +121° C), over almost any surface, and three times longer than the average ballpoint pen.  Fisher Space Pens are also loved on Earth for their durability, design, and functionality.  Watch How They Work.

The Fisher Space Pen brand has become an iconic symbol of American technology and design around the world. For example, the famous Bullet design is part of the permanent collection at New York’s Museum of Modern Art as an example of classic industrial design. It has also become part of American pop culture and the subject of hundreds of fan videos and several films and TV programs, including an episode of the hit series “Seinfeld” titled “The Pen.”

HISTORY OF THE FISHER SPACE PEN

When crewed space missions began, astronauts had a problem finding writing instruments that would function properly and safely in space. The ink in regular ballpoint pens wouldn’t flow in zero gravity. Instead, Astronauts used pencils, but the lead often broke and became a hazard floating in the capsule’s atmosphere. Paul C. Fisher, who was then president of the Fisher Pen Company and had been manufacturing ballpoint pens since 1948, took on the challenge to create a pen that would work in zero gravity.

After spending over $1 Million and years of research, Fisher developed his patented pressurized ink cartridge that keeps solvents from evaporating and allows ink to flow in zero gravity. Fisher sent samples of his prototype to Dr. Robert Gilruth, Director of the Houston Space Center. The prototypes were thoroughly tested by NASA and passed all tests. As a result, NASA astronauts began using the Fisher AG-7 Anti-Gravity Space Pen aboard the Apollo 7 Mission. Fisher Space Pen has been used on all crewed space flights since, including NASA and SpaceX missions, the ISS, and space programs worldwide.