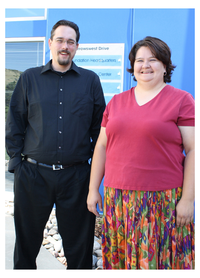 IT technician Jason Barretta joined the Space Foundation during the relocation of the headquarters in early July. He previously worked for Verizon Wireless, where he was a desktop/network administrator, and for Hewlett-Packard Corporation and the Royal Bank of Canada. He earned a Bachelor of Science degree from Colorado Technical University.