Super Committee Failure Could be Tough on Space 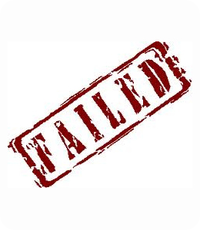 In last month’s Space Watch The View From Here column, Space Foundation CEO Elliot Pulham predicted that the Joint Select Committee on Deficit Reduction (aka the Super Committee) would fail to produce a plan to reduce the U.S. budget deficit by $1.2 trillion over the next 10 years. Turns out, as usual, he was right.

Commenting on the potential impact on U.S. space programs, Pulham said, “Because the across-the-board cuts would not be implemented until 2013, the failure of the Super Committee will likely trigger a one-year period of uncertainty, but we surmise that the impact of directed cuts will be felt harshly in space programs as lawmakers will have to find tradeoffs for personnel and entitlements funding.

“Consequences of allowing the pro-rata cuts to take place would be devastating to America’s national ways and means in space,” he continued. “It could cripple the national security space community, seriously erode our asymmetric war-fighting advantage and leave us vulnerable. Critically important weather satellites will be at risk, which puts the population at risk from hurricanes and other weather events, and NASA would be unable to fund future programs, ceding space exploration to other nations.”