The Space Foundation Infrastructure Index, with 14 percent growth, led all other tracked indexes for the second straight quarter, as can be seen in Exhibit 1. The other four indexes showed relatively strong performance, with quarterly growth ranging from 9 percent to 11 percent heading into the new year.

Key movers in the fourth quarter of 2013: 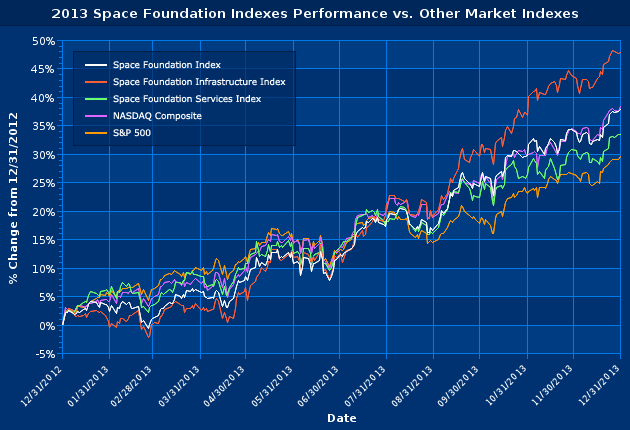