In 2017, the Space Foundation will celebrate 30 years of its Space Technology Hall of Fame®, and since 1988, 75 technologies have been inducted. Why is this of interest? Because every day, our lives are made easier, safer, healthier and better thanks to technology that was developed for use in space, then adapted for specific uses on Earth. For example? Let’s revisit the 1980s and learn which technologies developed for use in space were being adapted to solve problems on Earth. Here are the first entries into the Space Technology Hall of Fame in 1988. 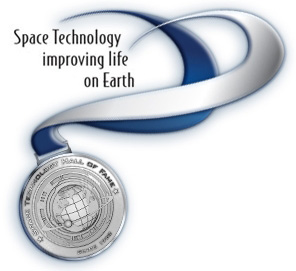 Improved Firefighter’s Breathing System – 1988
In the early 1970s, the Johnson Space Center (JSC) began adapting and applying technology developed for portable life support used by Apollo astronauts on the Moon in an effort to improve firefighter breathing systems. What emerged after four years of development, was a breathing system weighing slightly more than 20 pounds (about one-third less than prior systems), and a reduced profile design to improve the wearer’s mobility.

This improved NASA breathing system also included a new face mask design allowing greater peripheral vision, a frame and harness which shifted the load to the wearer’s hips, resulting in more comfortable weight control, and an air-depletion warning system. After extensive testing by JSC, field testing followed in 1974 and1975 by the fire departments of New York (the nation’s largest), Houston and Los Angeles. After completion of the tests, the New York City Fire Department became one of the first to adopt the new technology. This improved firefighter’s breathing system has now been adopted and used by firefighting companies nationwide. As a result of these lightweight breathing systems, inhalation injuries to firefighters have been drastically reduced.

NASA Structural Analysis Computer Software – 1988
In the early years of the space program, it took thousands of man-hours to analyze and solve structural problems in the design of aircraft and space vehicles using conventional mathematical methods. Today, designers and engineers are able to analyze and solve thousands of structural problems in a matter of hours. An extremely complex and sophisticated computer program named NASTRAN was developed at the Goddard Space Flight Center for this purpose. NASTRAN performs complex analyses of a structural design and predicts how various elements of the design will react to many different conditions of stress and strain. Quick and inexpensive, it minimizes trial-and-error in the design process, and makes possible better, lighter, safer structures while significantly reducing development time.

Power Factor Controller – 1988
In order to conserve energy in aerospace electromechanical systems, where power sources must be efficiently maximized, the Power Factor Controller (PFC), was developed at the NASA Marshall Space Flight Center. The PFC senses shifts in the relationship between voltage and current and matches those factors with the loading forces on motors during their operation.
Early tests showed that the PFC could trim power usage by six to eight percent under normal motor load conditions, and by as much as 65 percent when the motor was idling. With such tremendous energy saving potential, the PFC quickly became one of NASA’s most widely adopted technologies.

Programmable Implantable Medication System – 1988
The Programmable Implantable Medication System (PIMS) was the product of a joint program between NASA and Johns Hopkins Applied Physics Laboratory. The miniaturized pump and associated valve are a direct spin-off of the biological laboratory developed for the Viking space probe that landed on Mars. The action of the medication system can be prescribed by a physician to meet the specific needs of the patient through a telemetry system similar to those used by NASA to control the altitude of spacecraft. 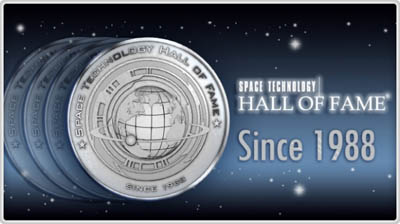 Diabetic patients were the first to receive the PIMS implant, which operates like an artificial pancreas to control high blood sugar levels automatically, obviating the need for daily injections of insulin. PIMS offers advantages in treatments of other diseases, such as programmed metering of blood thinning drugs to prevent coronary occlusion or stroke, where long-term injection from an internal source seems indicated. Now under routine use, the PIMS has provided new freedom from potentially restrictive lifestyles to large numbers of diabetics and victims of other long-term diseases.

Sewage Treatment With Water Hyacinths – 1988
For more than a decade, NASA’s laboratories conducted research on the use of water hyacinths for treating and recycling wastewater for application in space colonies and long duration manned space flights of the future. Researchers discovered that water hyacinths thrive on sewage by absorbing and digesting nutrients and minerals from wastewater. Thus a means of purifying water at a fraction of the cost of a conventional sewage treatment facility had been found.

Dozens of small southern towns began using water hyacinths as their primary method for treating wastewater. San Diego built a one million gallon per day plant for service in 1984. It uses water hyacinths in a hybrid aquatic plant/microbial filter. In addition, Disneyworld’s EPCOT Center operated a 50,000 to 350,000 gallon-a-day water treatment facility to explore advanced applications of hyacinths. The ongoing spin-off process continues to innovate applications for use in air pollution reduction in superinsulated homes and offices through special plant and carbon filter systems.