Op-ed | Growth is great but innovation is the real investment 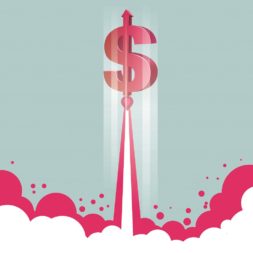 *This article originally appeared in the Nov. 11, 2019 issue of SpaceNews magazine.

Nearly a decade ago, the space community was at a crossroads. With the end of the space shuttle era came the end of jobs and careers built upon U.S. access to space. Communities along Florida’s Space Coast, as well as Houston, Huntsville, and others long linked to the success of America’s space program, found themselves in a downturn of economic growth and opportunity. An industry where aspirations literally lifted you into the heavens found itself in the gray fog of unknown when looking for its future.

Today, those same space legacy communities — and new ones — are becoming renewed boom towns where space accessibility is not only becoming possible (and cheaper), but new jobs and expanded business opportunities are growing as well. These economic realities are proliferating not only in the United States, but around the world.

The Space Foundation’s The Space Report 2019 Quarter Three finds that revenues from global commercial space activity in 2018 reached their highest levels ever, totaling $328.86 billion, an increase of 6.6% from 2017. Even more impressive is the fact that commercial revenue accounts for 79.2% of total global economic activity in space. Those are private-sector dollars, not government spending, driving a vibrant commercial space enterprise.

What made this type of economic recovery and expanded growth possible? While the physics associated with getting into orbit have not changed, the people, methods and ways we access and enable space have evolved. Credit the fuel of federal policy changes and innovation environments as the real force multipliers.

Starting in 2004, legislative mandates and private enterprise launched a new era dedicated to space exploration. These changes, along with the first suborbital flights of SpaceShipOne, triggered a 13-year period of growth that resulted in a 162% increase in commercial space revenue from 2005 to 2018.

That upward climb coincides with the explosive use of smartphones, the creation of the app economy, the evolution of smallsats, the unfolding data revolution, the development of smaller, cheaper, and more reliable sensors as well as an array of launch vehicles and payload specializations that have delivered growing choice and lower costs. Add to those technology revolutions the rise of a new generation of space entrepreneurs willing to put capital and reputations into one of the world’s most disruptive marketplaces, and you have the ideal environment for expanding economic growth and opportunity.

As detailed in The Space Report 2019 Quarter Three, commercial space products and services generated $229.17 billion in 2018. Infrastructure and support industries generated another $99.69 billion in revenue. Numbers like those are attracting increased interest from investors anticipating future revenue opportunities and from economic development authorities who see increasing prospects for higher-skilled jobs and expanding employment opportunities.

As more businesses join in the commercial space marketplace to pursue their own economic opportunities, their entrepreneurship creates a wider network of new businesses and new jobs that take root far beyond the places we usually associate with the space economy. Over the past year, and in partnership with the U.S. Department of Commerce’s Minority Business Development Agency (MBDA), the Space Foundation has engaged hundreds of new space commerce entrepreneurs who see their futures tied to the public and private sector technologies that make today’s space a reachable and available commodity. Significant numbers of them are coming from areas outside the traditional aerospace sectors including real estate, legal services, marketing, HR, skilled labor for hire, food services and cybersecurity professionals. When pressed why they joined the MBDA sponsored workshops, their answers were nearly identical. They wanted to understand how their companies could better integrate into the broader space economy either through new lines of business, new applications to existing products or services, or by providing new products or services altogether.

Coinciding with all this growth is the increasing dependence we all have on space infrastructure. It goes without saying that a day without space access, connectivity or operations is a day when innovation and opportunity stop. Who could have envisioned 30 years ago that smartphones would be essential equipment for the majority of the world’s citizens?

Who could have predicted the rising demand for data and understanding about Earth observations?

Two industry studies point to significant growth for both these unique markets. A recent report by Market Research Future estimates the market value for smartphone accessories will reach $104 billion by the end of 2022. The second study, by Northern Sky Research, forecasts that the current $3 billion Earth observation and analysis marketplace will more than double to $7 billion by 2028. Both of these markets are space-dependent, and they are just the tip of the iceberg when it comes to larger dividends realized from space commerce.

Health care, transportation, public safety, environmental protection, machine learning, manufacturing, energy production, and many other business sectors will be first-tier benefactors of ongoing space technology innovations. Every consumer in this country and around the planet will find their lives improved by space-enabled breakthroughs in these and other areas. That is why financial leaders such as Morgan Stanley Research comfortably project that by 2040, the global space economy could generate more than $1 trillion in revenue, with IT hardware and telecom forecast as two of the highest-growth sectors.

As promising as those forecasts may be, success and opportunity in the emerging space economy are not guaranteed. They are dependent upon policies and environments that not only enable innovation but allow collaborative opportunities to transform education, recruiting and training for every citizen in this country and around the world. The sustainability of the space economy also cannot afford to be dependent on government agencies as its sole source of funding and development. Nor should it be limited to a select group of highly skilled scientists and engineers who focus on single mission areas.

While opportunity flourishes in the space economy, there is an increasing shortage of qualified talent to fill the workforce pipeline. Without available talent, we will not achieve the innovative breakthroughs that will turn our deeper space aspirations and life-improving applications into reality.

Every nation is vulnerable to these workforce conditions. Looking at the growing talent shortages only as an economic competitiveness issue between nations misses the even bigger challenges, we will all face. Environments without “critical knowledge bases” and endurable STEM skills will fall behind. The dividends that flow from the space economy into real world benefits for everyone could be throttled.

The future and enduring success of the space economy depends on investments and environments that promote lifelong learning. We must look beyond the traditional K-20 education paradigm where we have long focused our energy and resources. New investments and environments need to include public-private-academic partnerships. The potential of the emerging space economy truly knows no bounds, but it’s going to require more creative approaches if we want to secure its future.

At the Space Foundation, we have a phrase, “No one goes to space alone,” meaning it takes multiple people, talents and roles to succeed in space. The same phrase applies to the future of the space economy here on Earth and beyond. If we really want that economy to succeed, it’s going to require a shared focus on improving education, a universal commitment to supporting innovation and an unwavering realization that by reaching into space, we elevate the quality of life for everyone on Earth.

Shelli Brunswick is chief operating officer of the Space Foundation.

This article originally appeared in the Nov. 11, 2019 issue of SpaceNews magazine.