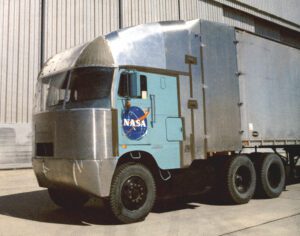 Vehicle design has seen radical improvements thanks in large part to NASA aerodynamics and fluid dynamics research. As vehicles move down the road at highway speeds, they must ‘push’ the air in front of them out of the way. Large trucks in particular must move huge quantities of air, creating high pressure zones around the vehicle. The compressed air spills around the cab in swirling vortices. At the back end the opposite occurs – the air is unable to negotiate the abrupt turn at the end of the vehicle and creates a low pressure zone. These effects produce significant aerodynamic drag on the vehicle and decrease fuel efficiency. In the early 1970s, Edwin J. Saltzman, Dryden aerospace engineer, felt these turbulent effects first hand while cycling to work.

As trucks overtook him, the air waves pushed him away from the road; as the trucks swept past, their wake drew him toward the road. Saltzman and other Dryden engineers – already studying drag and wind resistance on aircraft and space shuttle designs – applied their knowledge to improving truck design. Using a retired delivery van, they attached aluminum sheeting to create a “shoe box – similar in design to many period vehicles. They first took baseline drag measurement on the test vehicle, and then modifications began. Rounding the vehicle’s edges reduced drag by more than 59% and increased highway fuel economy an estimated of 22%. Further testing allowed them to fine-tune which adjustments best reduced drag and improved efficiency. The team next modified a cab-over-engine (COE) tractor trailer, the dominant design at the time. These modifications included rounding the corners and edges of the box-shaped cab, reducing drag at those points by as much as 40 percent with a negligible loss of internal volume. Other modifications included placing a smooth fairing on its roof, and extending the sides back to the trailer to produce additional significant drag reduction and fuel savings.

Assuming a typical truck drives 100,000 miles annually, these modifications translate to fuel savings of more than 6,000 gallons per year per vehicle. In keeping with the Space Act of 1958 to disseminate newfound technologies to the public, NASA shared its research and expertise through a variety of means. The modifications tested at Dryden have been widely adopted. Streamlined cabs and fairings are now a common sight around the world with the once-prominent cab-over design virtually abandoned. The benefits of fuel savings and improved handling are often taken for granted. While new materials and technologies continue to advance the cause, we owe much to aerospace research and the Dryden Flight Research Center “shoebox” testing. 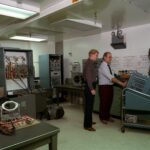 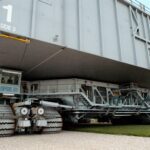 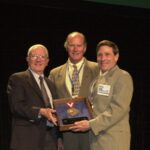