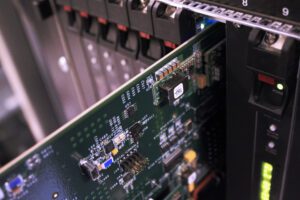 Compunetix was founded in 1968 as a small contract-services technology provider. In 1987, they won a contract to deliver a digital voice switching system for NASA that would accommodate the agency’s wide range of communication needs.

At the time, NASA’s communication network was an analog system requiring the manual switching of cables to relay communication lines. Compunetix integrated their patented algorithm into the NASA infrastructure, developing two new digital systems for voice switching and voice distribution — allowing software-enabled switching, and eliminating the need for manual switching.

By 1992, the new 4,000-port system had been installed, and after testing, it entirely replaced NASA’s previous communications system. Following that success, Compunetix developed a commercial version of the technology, and today, the Compunetix bridge hardware is used by nearly every major conference call provider. 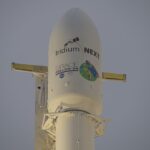 Communication devices, such as smart phones and radios, rely on electromagnetic spectrum, particularly the “S-band” portion to transmit data. Given the growing use of these technologies, the S-band has become congested with many users. This is a challenge for space…