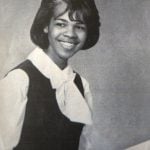 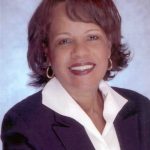 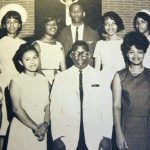 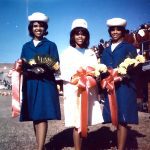 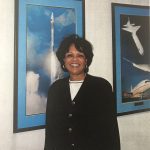 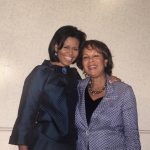 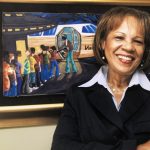 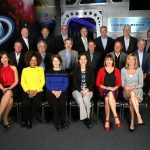 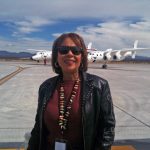 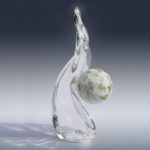 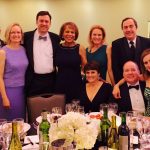 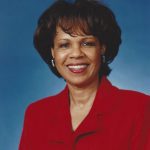 Patti Grace Smith played many pivotal roles in both her life and career. Beginning in high school, she was part of the integration of public schools in the Jim Crow South, and throughout her adulthood she was an integral part in the development of commercial spaceflight.

Patti attended the Tuskegee Institute—now known as Tuskegee University—majoring in English. After earning her degree, Patti moved to the East Coast to begin a career in radio and broadcasting. This track took her into several governmental entities, working for the U.S. Senate Commerce Committee, the U.S. Department of Defense, and the Federal Communications Commission. It was at this point that she began working in aerospace, with an increasing interest in the field of satellite communications.

Her role for 11 years, included licensing, regulating and promoting the entire U.S. commercial space transportation industry. During her tenure, Patti oversaw the licensing of the first inland spaceport, the first private human spaceflight, and the first launches of Elon Musk’s privately developed rocket, the SpaceX Falcon 1.

Patti also oversaw the development of rules for human spaceflight. The model she developed for private human spaceflight and space regulation at the FAA is followed by nations around the world today. Through her leadership, the FAA’s Office of Commercial Space Transportation and other key stakeholders in government began working with the U.S. Air Force on common launch safety standards and coordinating with the other divisions of the FAA to address the impact of spaceflight on the National Airspace System.

Patti continued her service to the industry after her retirement, by serving as a consultant to many of the industry’s leading firms and dedicating her time to a number of nonprofits and charitable causes. She served on the board of Space Foundation, the American Astronautical Society and the Conrad Foundation, and was also an advisor to many other groups such as the XPRIZE Foundation. She was appointed by President Barack Obama to serve on the Advisory Board of the Smithsonian Institution’s National Air and Space Museum, and was also appointed by both President Obama and NASA Administrator Charlie Bolden to serve as chair of the Commercial Space Committee of the NASA Advisory Council (NAC).

She died from pancreatic cancer on June 5, 2016, and is sorely missed by her family, friends and the communities in which she served with distinction, honor... and grace.

To continue her legacy of making a difference, in October 2020, the Patti Grace Smith Fellowship was developed to assist with jobs, mentorship and community for black undergraduates seeking aerospace careers. The goal of the fellowship is to, “drive meaningful change in the aerospace industry itself in terms of how it acknowledges, and addresses matters of racial and ethnic equity and inclusion.”

“It is hard to imagine a space community without Patti Grace Smith. Not only was she the consummate professional, but she was a friend to everyone in our world. I wrote a lot of legislation to make space commercialization into a policy reality, but it was Patti who made the whole concept work in the real world. She took on bureaucracies and entrenched interests to change forever the space paradigm. The commercial pioneers and entrepreneurs have Patti to thank for breaking down the barriers that kept space activity in government hands, rather than opening it to private investment and innovation. Patti proved that there are public servants with vision and fortitude who open the doors to the future. Patti’s work opened the skies to the heavens for the many whose dreams can now take them there. She was one of a kind, and a dear friend who is deeply missed.”

“[Patti] helped lay the foundations for a new era in American spaceflight. We are closer to becoming a multi-planet species because of her efforts.”

Comment from Lon Levin, XM Satellite Radio founder, former chairman of the board and former longtime board member of Space Foundation

“Patti had the extraordinary blend of skills, character and personality to implement great change. People instantly liked her, and quickly grew to trust and respect her. She was masterful at building bipartisan alliances. She understood with great precision the regulations that would be acceptable to government and industry, and served as their bridge while her team crafted rules and regulations to nurture the new industry.”