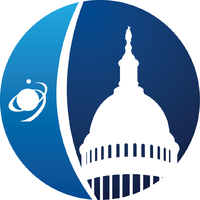 Right before the President’s Day recess, Congress narrowly passed the American Recovery and Reinvestment Act of 2009 (the economic stimulus bill), and the president signed it into law soon after. The legislation includes $1 billion for NASA: $400 million for exploration; $400 million for science, particularly earth science; $150 million for research, development, and demonstration related to aviation safety and the Next Generation air transportation system (NextGen); and $50 million for hurricane recovery.

In late February, Congress worked on an FY 2009 appropriations bill for all the federal agencies operating under a continuing resolution since last fall. NASA is set to receive $17.78 billion, which is $168 million above the request and is directed to report back to Congress full anticipated costs associated with the space shuttle retirement and transition. NOAA will receive $4.37 billion, also more than the requested amount, with funding to restore critical climate sensors. NOAA is also directed to report back to Congress plans for obtaining space-based scientific data from commercial sources on the next three years.

In previous years, the White House has released the budget request for the upcoming fiscal year (FY) in the first week of February, with congressional oversight hearings beginning shortly after and continuing in earnest through March and April. However, this year, with a new administration, new policies, and new priorities, the president’s full FY 2010 budget request is not expected until, at the earliest, the end of this month and formal congressional action will not begin until later in the year.