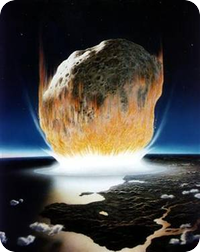 A report released Jan. 22 by the National Academy of Sciences says that the $4 million the U.S. spends each year to identify potentially dangerous asteroids is not enough to satisfy the 2005 Congressional mandate that 90 percent of nearby asteroids 460 feet (140 meters) across or larger be identified by 2020.

Defending the Earth: Near-Earth Object Surveys and Hazard-Mitigation Strategies, written by a committee of scientists, also says that the U.S. should not rely solely on nuclear weapons to defend against an asteroid threat.

NASA says it has found about 85 percent of the largest nearby asteroids (half-mile/1 kilometer wide or larger), but only 15 percent of the 460 foot near-Earth asteroids, and just 5 percent of nearby space rocks about 164 feet (50 meters) across.

According to the report, NASA currently has less than $1 million to research ways to counter asteroid impact. The agency says it would take about $1 billion in additional funding over the next 15 years in order to meet its goal of finding all nearby asteroids that could threaten Earth.

The report lays out two approaches that NASA could take:

The report also recommends that NASA monitor for smaller objects – those down to 30 to 50 meters in diameter – which recent research suggests can be highly destructive.