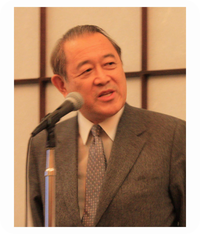 Space policymakers and industry executives celebrated United States-Japan space cooperation at a reception Jan. 31 at the Washington, D.C., residence of the Ambassador of Japan to the United States, Ichiro Fujisaki.

Sponsored by the Space Foundation, the Ambassador and the Japan Aerospace Exploration Agency (JAXA), the event recognized the long and rich history of cooperation in space that began in 1969 and extends to the present day.

Areas of cooperation include the transportation of astronauts and cargo to the International Space Station, Earth-observation data-sharing and other scientific satellite missions.

Pictured: Ambassador of Japan to the United States Ichiro Fujisaki