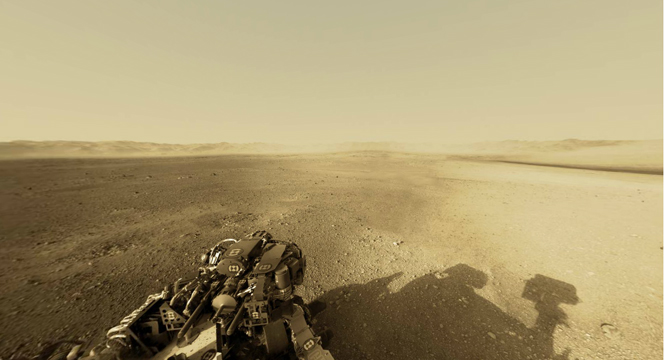 Following its stunning (and suspenseful) touchdown on Mars on Aug. 6, the Curiosity rover has been sending back never-before-seen images of the red planet. 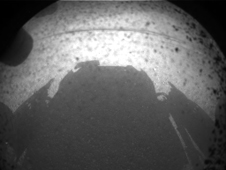 Some images are historical (first transmission shown at left; panorama, shown above) and some are just plain silly (below right). 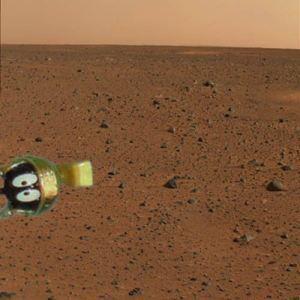 See the landing in HD here.

And, even sounds the sounds of the landing were captured; click here.

In addition to taking information from Mars, Curiosity is also delivering a message of hope to the red  planet. Inscribed on its sundial (yes, sundial – pictured below left) is the word for Mars in sixteen languages and this message:

For millennia, Mars has stimulated our imaginations. First, we saw Mars as a wandering star, a bringer of war from the abode of the gods. In recent centuries, the planet’s changing appearance in telescopes caused us to think that Mars had a climate like the Earth’s. Our first space age views revealed only a cratered, Moon-like world, but later missions showed that Mars once had abundant liquid water. Through it all, we have wondered: Has there been life on Mars? To those taking the next steps to find out, we wish a safe journey and the joy of discovery.